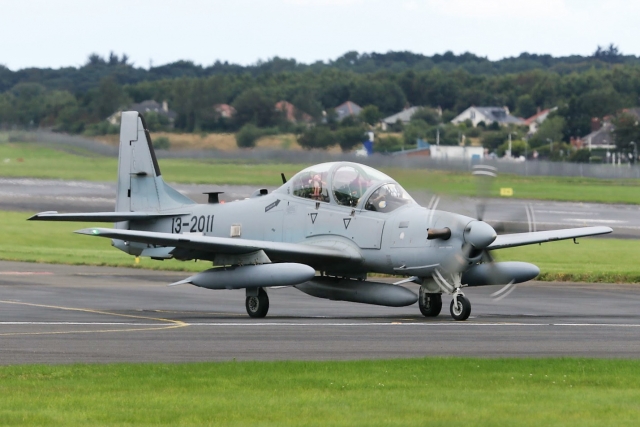 During the weekend of 14-15 August, the Taliban took control of Afghanistan, by capturing first the city of Jalalabad (capital of Nangarhar Province in the eastern part of the country, about eighty miles from the capital Kabul) and Kabul (the capital) not long after.

Many Afghans (both civilians and military personnel) tried to flee the country, afraid of living under Taliban rule.

Hundreds of Afghan soldiers fled to Uzbekistan in 22 military aircraft and 24 helicopters over the weekend.

During the night of 15 August, three Afghan Air Force Super Tucanoes tried to flee to Uzbekistan, asking permission to land at Khanabad airport in Karshi.

Two Uzbek MiG-29s intercepted the flight and told them to land at Termez instead.

During this interception a MiG-29 collided with the Super Tucano, with both aircraft coming down in the Sherabad district, Surkhandarya region.

The Afghan and Uzbek crew managed to bail out safely.