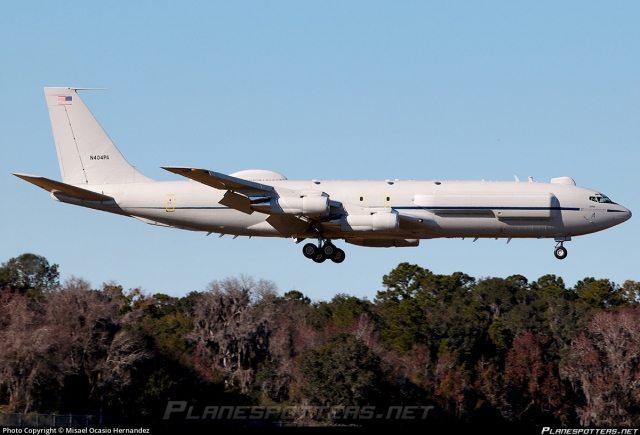 AFSC vintage Boeing 707 to be stored at AMARG

AFSC operated the aircraft since August 1989, a mere 31 years of continuing service. The B707 was built in early 1965, and came into Pan Am’s fleet in March of that year, christened Clipper Seven Seas.

One of the first B707s outfitted with new Pratt and Whitney JT-3D Turbofan engines, Clipper Seven Seas could operate with a marked improvement in range and profitability over earlier B707 models. For fourteen years she flew in Pan Am livery, carrying thousands of passengers across millions of miles.

Following her Pan Am days, she had a short career on lease to several non-scheduled operators before landing in storage for most of the 1980s. But unlike many of her contemporaries, she was destined for something more exciting than a future of slow dissolution in a desert “bone yard.” In 1989, N404PA, a quarter-century old but still ready for more flight time, Clipper Seven Seas was chosen to become a vehicle for research and development of advanced electronic systems. She’s been evolving in that role ever since, with appropriate modifications to accommodate new on-board equipment.

The B707 will now enter into “disposition status” in preparation for ferry and final transfer to the 309th Aerospace Maintenance and Regeneration Group (AMARG) at Davis-Monthan Air Force Base (AZ) next month. 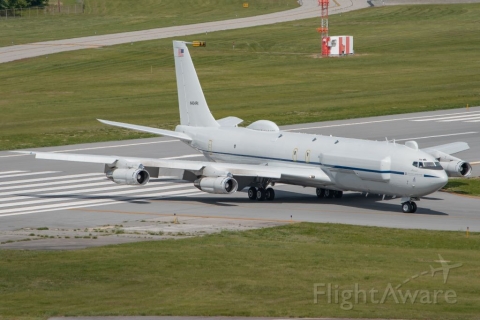 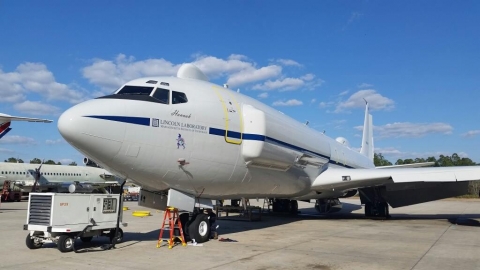