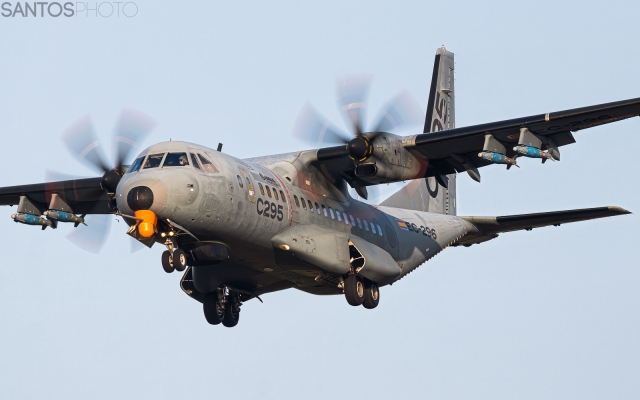 On 19 February 2021, an Airbus Defence & Space C295W test aircraft, registered EC-296 (construction number 001), was photographed at Sevilla/San Pablo (Spain) with a load of four Turkish made precision-guided bombs under its wings.

The photographer, Santiago Blánquez, also noted that the paratroop side door on the left side of the aircraft had a hatch that most probably can host an automatic gun.

The C295 exhibited on the static display was flanked by a wide range of weapons which have been selected to be integrated onto this versatile platform. It is reported that the C295 Gunship version has been ordered by an undisclosed customer in the Middle East. The SD Arabia newssite reported in 2017 that an undisclosed number of aircraft had already been delivered to an unidentified customer including two 12.7mm light machine guns and mounts, supplied by Nobles Worldwide and US Ordnance, to be mounted in the paratroop side doors. 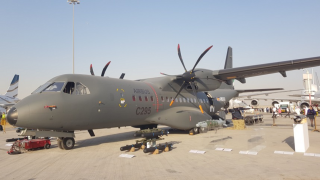 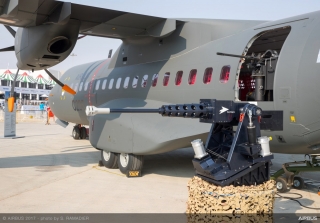