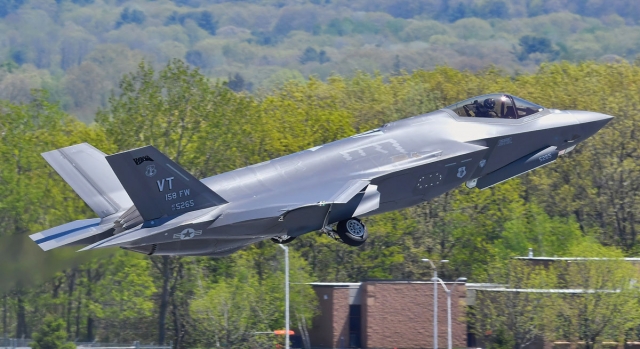 On 30 June 2021, the Swiss Federal Council officially announced that the Lockheed Martin F-35A Lightning II has been selected in the New Fighter Aircraft competition.

Switzerland will buy 36 F-35As, as according to a government spokesperson, the evaluation showed that the Lightning II has "the highest overall benefit at the lowest overall cost."

Many oppose the idea, saying that Switzerland does not need cutting-edge warplanes to defend the Alpine territory which a supersonic jet can cross in ten minutes. Lockheed Martin has beaten the bids from Boeing's F/A-18 Super Hornet, the Dassault Rafale and the Airbus Defence Eurofighter.

With the selection of the new fighter, the Swiss government also decided to buy the Patriot surface-to-air missile system from the US manufacturer Raytheon. "The Federal Council is confident that these two systems are the most suitable for protecting the Swiss population from air threats in the future," the government said in a statement.

The F-35A Lightning II "achieved the best result because it has a marked technological advantage over the other candidates", while he total costs for the F-35A, at 15.5 billion Swiss Francs, was 2 billion Swiss Francs cheaper than the next lowest bidder, when it came to buying and operating the aircraft over their 30-year lifespan.

First deliveries are expected in 2025.