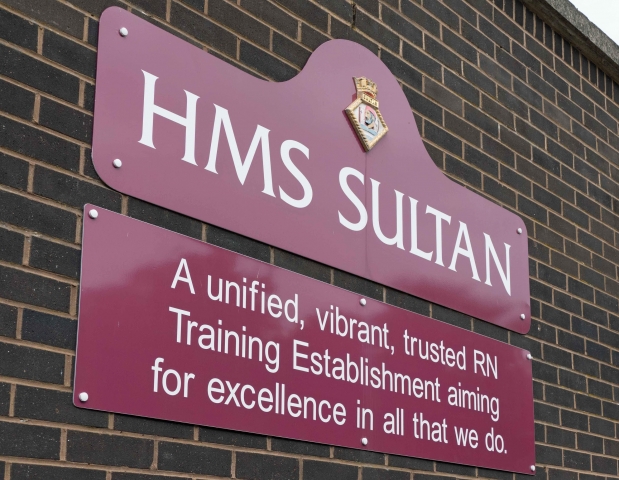 Closing of UK military bases in the coming years

The portfolio of the UK Ministry of Defence sees a number of military installations closed in the period 2021-2032. As part of the Defence Estate Optimisation (DEO) plan, mobilised in 2016 to kickstart 25 years of construction, key sites will receive investment while others will be disposed of to reduce the MOD's footprint.

The military bases mainly involve the British Army, but there are also a few bases related to the Royal Air Force, Royal Navy and United States Air Force.

Starting late 2022, RAF Scampton (Lincolnshire) - home of the Red Arrows - will be closed. The airbase has an asphalt runway of 2,740 meters and has a gate guard completely in style: former Red Arrows Hawk XX306. The display team is reported to move to nearby RAF Waddington, also in Lincolnshire, and continue to use the airspace around RAF Scampton for training. Another RAF base, although no aircraft involved, to be closed in 2022 is RAF Barnham (Suffolk). This station acts as a satellite of RAF Honington and is used for training by the RAF Regiment. All current activities at RAF Barnham will be continued at RAF Honington. 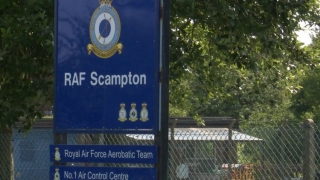 The Air Cadets were based on several airfields and used the Grob Viking T1 conventional glider and the Grob Vigilant T1 for quite a number of years. In April 2014, all gliding operations were 'paused' due to airworthiness concerns with both types. Almost two years later, on 10 March 2016, the Ministry of Defence (MoD) announced it would relaunch and drastically reduce gliding provision within the Air Cadet Organisation.

RAF Henlow (Bedfordshire) will be closed in 2023. The plan is to build about 16,000 houses on this spot. In the period 2022 to 2025 RAF Halton will be closed. The closure will be executed in three parts. In the first part, the airfield with two grass runways will be disposed of. The airfield, constructed during World War I and always used as a training accommodation, is nowadays used by civil light aviation. The Royal Air Force Gliding & Soaring Association stopped already in 2018. In phase two and three, the parts used by military auxiliary units, will be disposed of in 2025.

RAF Alconbury (Cambridgeshire), in use by the USAF, will be closed in 2024. All personnel and units will be transferred to RAF Croughton (Northamptonshire). RAF Croughton is in use as a United States Air Force communications station.

In 2026, RAF Colerne (Wiltshire) will be disposed of. Colerne Airfield is now home to 21 Signal Regiment, Royal Signals, and the 93 (City of Bath) Squadron Air Training Corps detached flight and Bristol University Air Squadron plus 3 Air Experience Flight, which operate the Grob Tutor in a flying training role for the RAF. However, the Tutors have already moved to Boscombe Down after their accommodation was reported as uninhabitable. 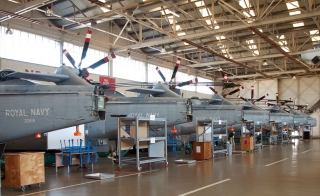 In 2029, HMS Sultan (Gosport) - home of the Defence School of Marine Engineering (DSMarE) and the Royal Naval Air Engineering and Survival School (RNAESS) - will be closed. The first plan was to relocate the School to St Athan (Wales) and combine them with the RAF Technical Training School (1SoTT) and Defence College of Technical Training (DCTT) ground schools. But this plan was abandoned, with the RAF staying at RAF Cosford and the AAC moved from Arborfield to Lyneham. It is not known where the Royal Navy school will be moved to, but it was stated that "most" activities from HMS Sultan will be moved to nearby HMS Collingwood at Fareham.