On 18 August 2020, the US forces lost two Unmanned Aerial Systems over Syria. They were mostly likely MQ-9s. These Reapers, at a price of some USD 60 million each (excluding sensors and weapons). They came down after a possible mid-air collision over Idlib. Images of the burning aircraft crashing to the ground were posted on social media. Of course, opposition groups claim they have shot down both UAS'.

As the airspace over Idlib is not used by regular Operation Inherent Resolve operations, it is likely that both UAS' were government-operated, such as the Central Intelligence Agency (CIA).

Over the past few days, multiple social media reports have shown Reapers in weird configurations flying through the western Idlib skies. The aircraft possibly carry AGM-179 Joint Air-to-Ground Missiles (JAGM) as well as the secretive swordlike AGM-114R9X missile, nicknamed “flying Ginsu” or “ninja bomb”. This Hellfire missile is equipped with a non-explosive warhead capable of pummeling its target with high-precision, bringing with it over 100 pounds of metal in the form of six internally carried blades that can cut through buildings with ease. Or through the roof of a car (passenger seat only...). The Reapers were also seen with an unknown type of communications relay and/or datalink pod, capable of geolocating enemy communications (i.e. radio, cell phone). Such a system can also be used for targeting. Most probably other equipment, such as advanced self-defence sensors, is included too.

Strikingly, the MQ-9s are equipped with an advanced Traffic Alert and Collision Avoidance System (TCAS), to ensure safe air operations. So, the big question would be: how could both Reapers have collided despite such an advanced system. Operator error is very well possible. 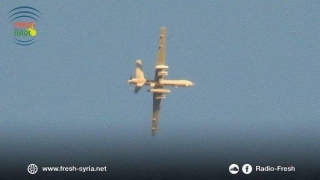 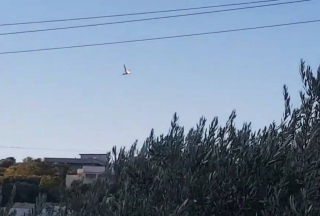