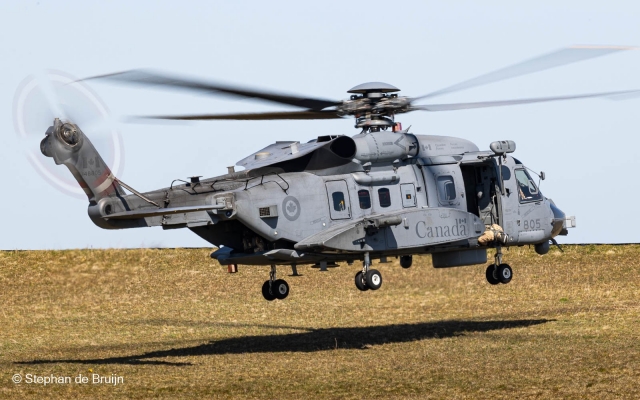 Cyclone over the Netherlands

Naval Air Base De Kooy (The Netherlands) hosted for a short period a rarely seen Canadian CH-148 Cyclone (the military version of the Sikorsky S-92). The Cyclone showed up during planned maintenance of its mother ship HMCS Halifax and R&R of its crew, in the naval port of Den Helder. HMCS Halifax is part of the Standing NATO Maritime Group 1 (SNMG 1). The CH-148, with serial 148805, is assigned to the HELAIRDET of the Halifax and belongs to 12 Wing, 423 Maritime Helicopter Squadron that is based at CFB Shearwater, N.S. (Canada) and was flown over to nearby De Kooy so it could continue training flights.

The Canadian Government placed an order for 28 Cyclones for use by the Royal Canadian Navy already in 2004. Due to a number of developmental difficulties the first CH-148 was not delivered before June 2015. According to Scramble’s Military Database there are currently twenty Cyclones operational.

Seven helicopters of the initial order have not yet been delivered but are actually flying but under a US civil registration. One CH-148, serial 148822, on board helicopter of HMCS Fredericton, was tragically lost in the Ionic Sea on 29 April 2020, an accident whioch took the lives of the six people aboard. 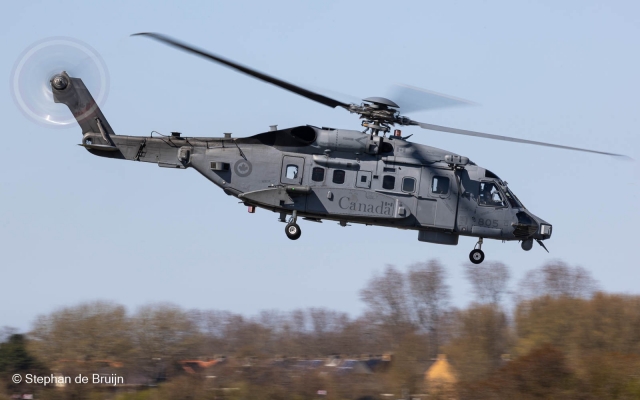