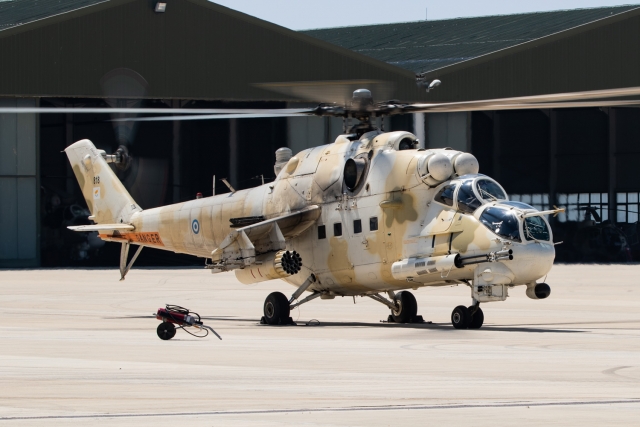 First reported by politis.com.cy, it is now confirmed that the Ethniki Froura, Diikissi Aeroporia (Cyprus National Guard, Air Force Command) is negotiating with a potential buyer for its fleet of Mil Mi-35P Hind attack helicopters.

In April 2021, a team of Serbian technicians visited Cyprus to inspect the helicopters. As a result of the inspection the Serbian government sent a letter confirming its interest in purchasing all helicopters.

The reasons for the replacement are the support costs, expected well over € 100 million in the next 10 years; the serviceability rate which has been very low; sanctions that are imposed by the European Union and the US against certain companies in the military industry in Russia, maintenance contracts and spare parts are nearly impossible to get. Nexct to that the relations with the US are improving, making it more likely for Cyprus to purchase American or European hardware instead. Serbia’s excellent relationship with Russia gives it a much better position to support these helicopters than Cyprus. 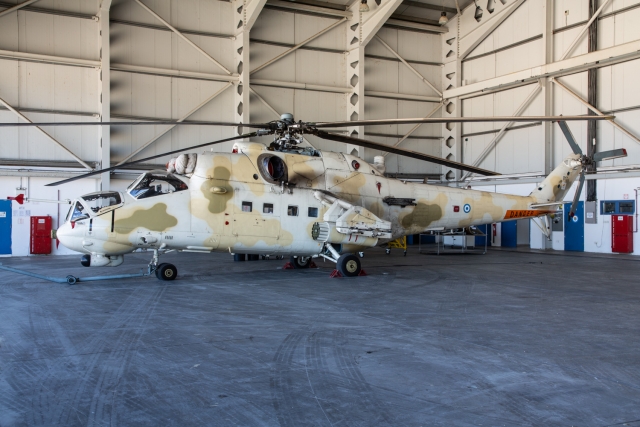 The Cypriot minister of defence is conducting a market survey for a suitable replacement and wants to replace the Hinds under a € 300 million budget with newly purchased (light) attack helicopters (initially six helicopters with an option of six additional) over the next decade.

The Mi-35 fleet is stationed at 55 Sminarchia Machis (Combat Group) at Andreas Papandreou (Paphos) air base, the unit operating them is 450 M(A)E/P or in full Mira (Antiarmatikon) Elikopteron which translates to (Antitank) Helicopter Squadron, Mi-35 Sminos (Flight).

Cyprus purchased twelve Mi-35P helicopters of which one was destroyed when it crashed on 5 July 2006 on a training flight in the area of ​​Agia Marinouda in Paphos.