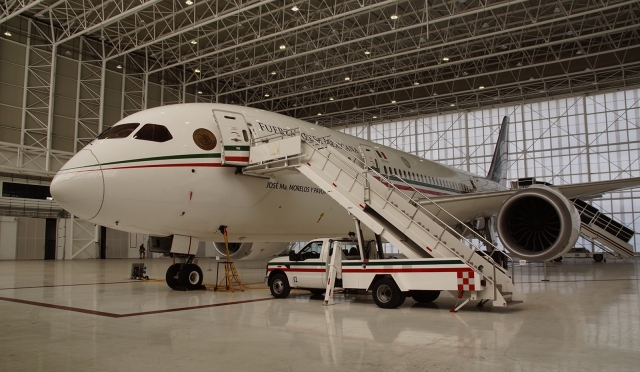 For over three years, the Mexican government is trying to get rid of its presidential Boeing 787 Dreamliner, but has failed to sell the aircraft so far. In the latest twist, President Andres Manuel Lopez Obrador will consider options to offer it for tourist flights or trade if for helicopters for firefighting.

A short review:
In November 2012, the then Mexican government, led by President Felipe Calderon in his last month in office, buys the former Boeing 787 testbed N787ZA, construction number 40695 and line number 6, for use by his successors. After extensive work, bringing the non-standard 787 aircraft back to certain standards, luxurious interior work is carried out at Dallas-Love Field (TX). The aircraft is finally delivered as XC-MEX/TP-01 to the Coordinación General de Transportes Aéreos Presidenciales (General Coordination of Presidential Air Transport, CGTAP) on 3 February 2016. Calderon’s successor, President Enrique Peña Nieto uses the aircraft to great extent, literally to his last day in office, when he returs from the G-20 Summit in Buenos Aires on 30 November 2018.

One day later, President Andres Manuel Lopez Obrador is sworn and immediately grounds the 787. Before his inauguration, the new president already announced a series of austerity measures, one of which included the sale of executive jets operated by federal government agencies and the armed forces. The CGTAP, which operates the presidential fleet, ceased to exist as an independent unit on the day of inauguration, 1 December 2018. It became part of the newly formed 6/o.Grupo Aéreo to oversee the transfer of presidential flying assets. All presidential aircraft and helicopters will be transferred to regular air force units or will be sold, the new President will fly commercial, and he does, causing a nightmare for his personal security agents. 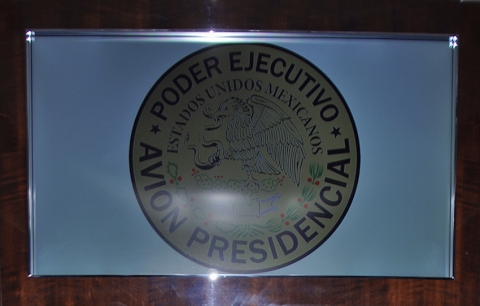 The Dreamliner is flown to Victorville (CA) for storage on 3 December 2018. Before its flight to Victorville, civil registration XC-MEX had aptly been changed to 3523, which fits the FAM’s regular Boeing serial range, no presidential strings attached anymore.

During FAMEX 2019, Mexico’s premier aviation venue, the President seemingly has kept his word: at the event, held from 24-27 April 2019 at Santa Lucia, a total of 72 aircraft and helicopters of the armed forces and government agencies were up for sale, many of these executive aircraft. With many of these present at the show, it turned out to be a great event for aviation enthusiasts. Apart from the Boeing 787, the stand-in presidential Boeing 757, a Boeing 737 and numerous bizjets and (brand-new) presidential Airbus EC225 helicopters are put up for sale.

Early 2020, it became clear that selling the aircraft at FAMEX 2019 had been a massive fail, not a single aircraft out of 72 had been sold at the venue! Meanwhile, the decision was made to bring the 787 back to Mexico and to put it up for auction there, together with smaller batches of aircraft deemed redundant. Moreover, a study for alternative options was carried out, after numerous attempts to sell it from Victorville (CA) yielded no results and storage and maintenance in the United States became too costly.

From January 2020, smaller auctions are organised by the government, under the banner to 'bring back revenue of these sales to the people, following mismanagement of state funds by previous governments'. Meanwhile, government officials and the commander of the air force repeatedly stated the air force will not receive a single new aircraft, fighter or helicopter, during the current presidential tenure, which will end on 30 November 2024. 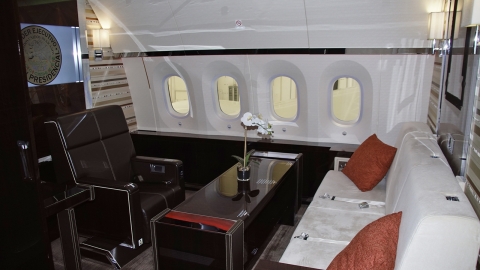 In June 2020, a jubilant President López Obrador announced a possible buyer for the Boeing 787 he refused to fly. The aircraft had returned to Victorville (CA) despite considerable costs of parking and maintenance and made a test flight from Victorville in May 2020. Delivery of the aircraft to its new owner could be as early as September according to El Presidente. Next July, the 787 quietly returned to Mexico City, still the President insists it will be sold, either by auction or ... by raffle!

Meanwhile, the sale of other presidential aircraft is gaining some pace. After being offered for auction a few times, in March 2021, four presidential AS332 Super Puma helicopters are sold to Coldstream Helicopters of Kelowna (B.C.) and registered as such in May 2021, followed by an EC225. Coldstream Helicopters will not use them as VIP helicopters, but for a wide range of commercial tasks, including fire-fighting. A few months later, the stand-in Boeing 757 is sold at another auction, and hopes of selling the 787 are running high again. However, during the same month, the unwanted 787 Dreamliner is flown to Victorville (CA) again. With no word on the fate of the 787 for months, on 17 December 2021, it sneaks back to Mexico City.

Unable to find a buyer, on 12 January 2022, the president announced his two latest options: offering the aircraft for luxurious charter flights to Mexican tourist spots, through the administration of Santa Lucia’s new civil airport, or ... trade it for fire-fighting helicopters!

... likely to be continued!