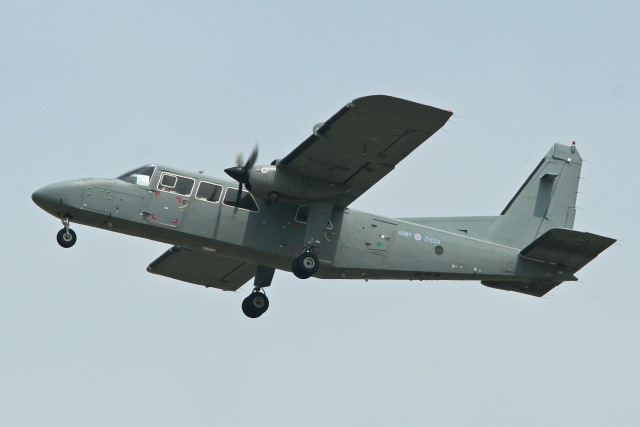 In July 2021, yet another aircraft type was withdrawn from service by the British military. At Joint Helicopter Command Flying Station (JHCFS) Aldergrove, the Britten Norman BN-2 was retired.

Two different versions of this aircraft were in use, designated Islander and Defender by the Ministry of Defence (MoD). The last operational mission of this type was flown by 651 Squadron on 30 June 2021. Both ZG848 (Islander R1) and ZH002 (Defender R2) flew on this day. The squadron itself is expected to be disbanded in the near future as well.

The Islander/Defender aircraft were used in the ISTAR (Intelligence, Surveillance, Target Acquisition and Reconnaissance) role. Originally, seven Islander AL1 were delivered to the Army Air Corps during 1989 and 1990. This was just in time for the First Gulf War (January-March 1991), during which at least two aircraft were painted in desert pink colours and deployed to Saudi Arabia (ZG845 and ZG993).

With the start of the Second Gulf War (March 2003), demand for aircraft acting in the ISTAR role increased massively and the MoD issued an Urgent Operational Requirement (UOR) for three additional aircraft. These were delivered in 2004 (two) and 2005 (one), and they were designated Defender AL1. Six more aircraft would follow between 2007 and 2011, all Defender AL1 with the exception of one aircraft (ZH004) which was to be used as a training aircraft and which was designated Defender T3.

The aircraft were also used for domestic security operations. For example, missions were flown over London during the 2012 Olympic Games, but also more recently over the English Channel in an attempt to stop illegal human trafficking. Ever since Islander aircraft were used by 1Flt at RAF Aldergrove, the aircraft have also been used in security and surveillance operations over Northern Ireland. In this role, the aircraft are now replaced by Shadow R1 (Beech 300) aircraft operated by 14 Squadron from RAF Waddington. For this purpose, 14 Squadron will maintain a detachment at JHCFS Aldergrove based on requirements.

Initially, the Islanders were operated by the Advanced Fixed Wing Flight (AFWF) at AAC Middle Wallop and later by 1 Flight at what was then called RAF Aldergrove. With the purchase of additional Defenders, 651 Squadron was activated at RAF Odiham in 2006. It moved to RAF Aldergrove in July 2008, where it absorbed 1 Flight and thus combining all Islander and Defender operations under one unit.

One Islander was damaged beyond repair in an accident, three Islanders were eventually withdrawn from use (2010-2012) and the remaining three were re-designated Islander R1 in 2019 (ZG845, ZG846 and ZG848). These three would soldier on with 651 Squadron until 2021:

ZG994 c/n 2206 dam 30jun99, struck a tree while performing a training emergency landing at Lopcombe Corner, to Britten Norman at Bembridge where stripped for spares.

The eight Defender AL1 aircraft were re-designated Defender R2 in 2019, with the single Defender T3 (ZH004) retaining its original designation. After being withdrawn from use, all Defenders were flown to Lee-on-Solent Airfield (former HMS Daedalus, RNAS Lee-on-Solent) where they are stored with Britten Norman pending disposal. 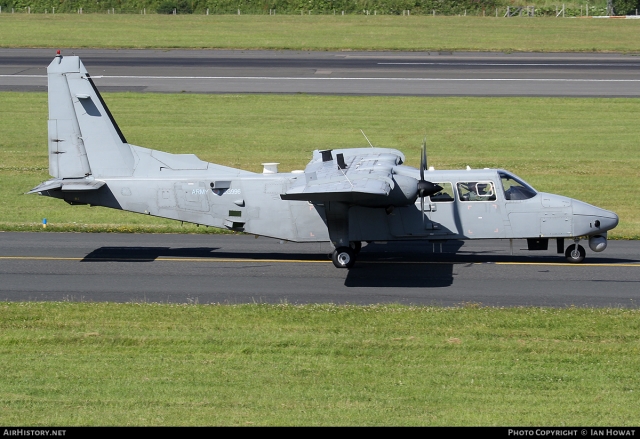