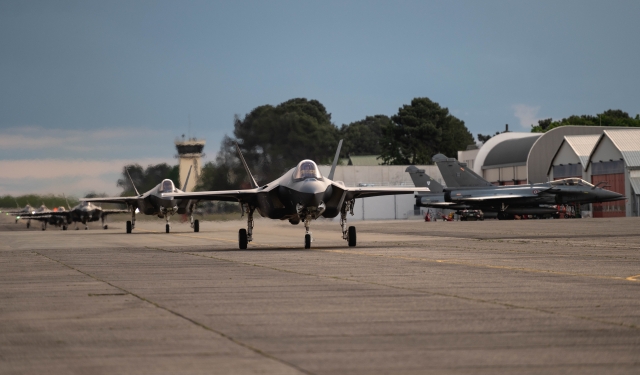 On 10 May 2021, the 4th Fighter Squadron, named the Fighting Fuujins, arrived at Base Aérienne 118 (BA118) Mont-de-Marsan (France) to participate in multiple exercise events.

Having brought a dozen F-35A Lightning IIs and normally based at Hill AFB (UT), the 4th Fighter Squadron, part of the 388th Fighter Wing (and associated 419th Fighter Wing), will fly first from Mont-de-Marsan. During their time in the European theatre, the 4th FS aircraft will participate in multiple events, including exercise Atlantic Trident 21 (AT 21).

AT 21 will take place at Mont-de-Marsan from 17 until 28 May 2021 and is a joint, multinational exercise involving service members from the US, France and the UK. The exercise is aimed at enhancing fourth and fifth generation integration, combat readiness and fighting capabilities, through conducting complex air operations in a contested multinational joint force environment.

Although this is the first USAF deployment in decades to France, Hill's F-35As are no stranger to the country. Two HL coded Lightnings attended the Paris Air Show at Le Bourget in June 2017. This is the 388th FW’s third deployment to Europe. The first was the 34th FS deployment to RAF Lakenheath (UK) in April 2017. The second was a 421st FS Theater Security Package (TSP) deployment to Aviano Air Base, (Italy) in May 2019.

The following HL coded F-35As are currently deployed to Mont-de-Marsan: 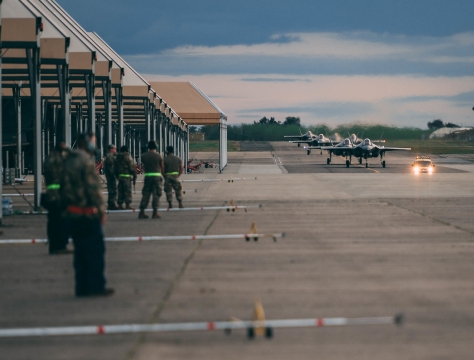