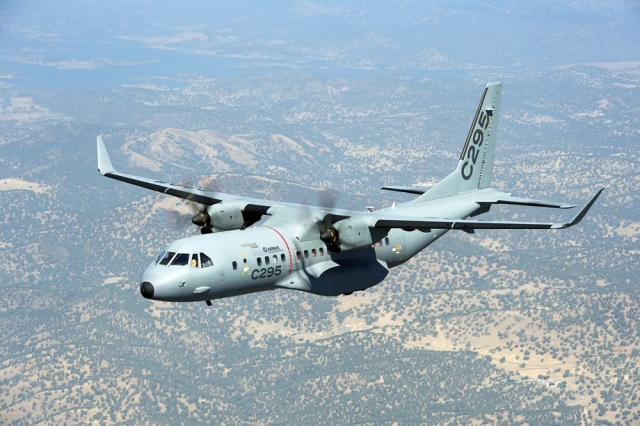 On 8 September 2021, the Indian Government cleared the large defence deal with the procurement of the Airbus C295MW transport aircraft.

On this date the Cabinet Committee on Security (CCS) approved the procurement of 56 Airbus C295MW transport aircraft to replace the current fleet of BAe748.

Sixteen aircraft will be bought off-the-shelf and 46 will be manufactured in India at the new TASL facility near Bengaluru (State of Karnataka). After the contract is signed, the aircraft build at Sevilla/San Pablo (Spain) will be supplied in two years, and the deliveries of the locally-assembled aircraft will be spread over an additional eight years.

In January 2021, Scramble Magazine reported on the deal, but at that moment there was not yet a final approval. Early April 2019, India’s Ministry of Defence (MoD) concluded the price negotiations to acquire a total of 62 Airbus C295W/MPA aircraft for the Indian Air Force (56 aircraft) and the Indian Coast Guard (6 aircraft). The Contract Negotiation Committee (CNC) concluded consultations with Tata Advanced Systems Limited (TASL) to procure the 62 aircraft for USD 3.15 billion.

Dating back to 13 May 2015, the Defence Acquisition Council (DAC) cleared the deal with the lone bid of the Airbus-Tata consortium (TASL) to replace the current fleet of BAe748 aircraft with 56 C295 transport aircraft. An additional six C295MPA Maritime Patrol Aircraft (Indian Coast Guard) were added to the acquisition. The CCS has not yet approved the additional six aircraft for the Coast Guard.

Photo by Airbus Defence and Space