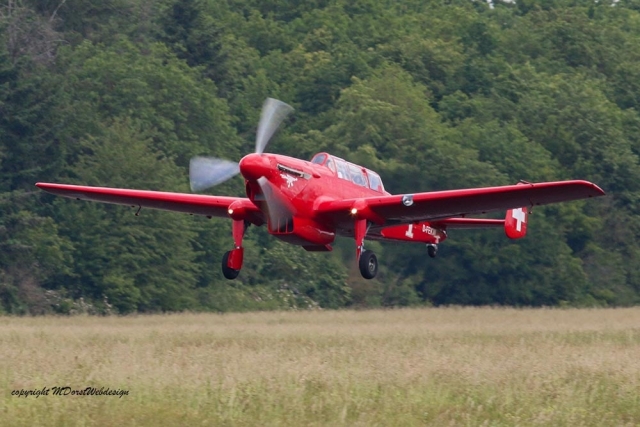 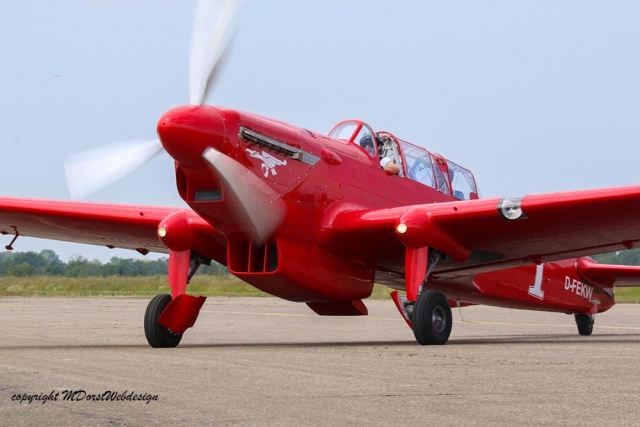 German restorer Meier Motors based at Bremgarten airfield, near Eschbach, spent five years of hard work on the project of their EKW C-3604. Finally on Friday 4 June the aircraft registered as D-FEKW made its maiden flight in a striking red colourscheme. The new D-FEKW is the second airworthy machine of its type in the German register, the first one is D-FRBI.

According to Meier the project took tons of paperwork and tons of work. To improve the reliability of the aircraft, its original Saurer YS-2 engine (a Swiss built, more powerful version of the Hispano Suiza 12Y-51 powerplant) was replaced by a Rolls Royce Merlin 500 engine. This version of the famous Merlin was also used on CASA 2.111s and HA-1112 Buchons. The conversion also included also a dual control cockpit with up-to-date avionics.

The C-3604 was the final piston engined version of C-36 series built by the Swiss Eidgenoessische Konstruktionswerkstaette (Federal Constructions Works. The first of these was flown in 1939 and in total some 175, used as reconnaissance aircraft, escort fighters and patrol aircraft, were delivered to the Schweizer Luftwaffe (Swiss Air Force) Twenty four were even converted into a turboprop version with Lycoming T53 engine, the C-3605 Schlepp.