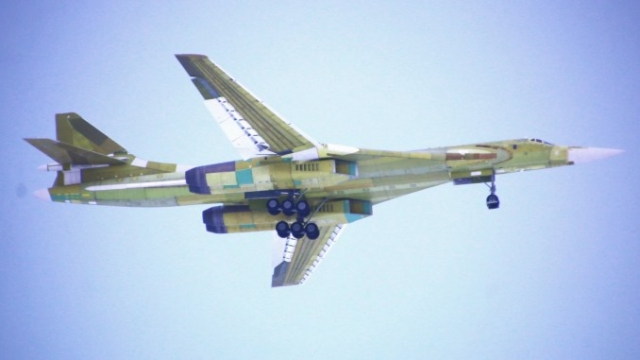 PJSC United Aircraft Corporation (PJSC UAC) reports about the first flight of the first series example of the newly manufactured Tu-160M *) strategic missile carrier, also referred to as the Tu-160M2.

The flight took place on 12 January 2022 at the Kazan Aviation Plant (KAZ) at an altitude of 600 meters and lasted about 30 minutes. The crew of test pilots of Tupolev PJSC performed manoeuvers to check the stability and controllability of the aircraft in the air. PJSC UAC also provided a nice video of the first flight.

The programme of restarting production of the Tu-160M2 bomber ​​was launched by the decree of the President of Russia Vladimir Putin, followed by the state contract between the Ministry of Industry and Trade of Russia and Tupolev, signed in January 2018, calling for ten new Tu-160M2 bombers by 2027 at a total cost of USD 2,1 billion (160 billion rubles).

Within the programme, many of the technologies once used within the production cycle of the Tu-160 were restored, such as vacuum welding technology for titanium products and the assembly workshop for production of airframe units. The design documentation for the Tu-160M2 ​​has been transferred to digital form and new cooperation has been formed with numerous Russian industrial enterprises in the field of metallurgy, aircraft construction, mechanical engineering and instrument making, many of them already being part of the State Corporation Rostec. 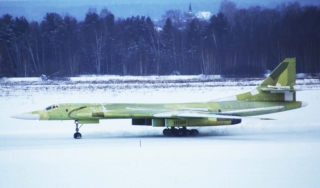 In the end, the full production cycle of the Tu-160 has been restored, but this time in the upgraded M2 modification using NK-32-02 engines, modernised aircraft control systems, navigation systems, and weapons control systems.

The modernisation of the Kazan Aviation Plant played an important role in restoring the production, including the upgrade of the equipment of the shops and the flight test base, as well as establishment of the world's largest installation for electron beam welding and vacuum annealing of titanium. Additional effort was spent for creation of a new digital environment for the programme as many well-known aircraft design bureaus participated in the preparation of digital documentation for the Tu-160M. For Russia it is of fundamental importance, that they are now capable to built additional Tu-160Ms completely from scratch.