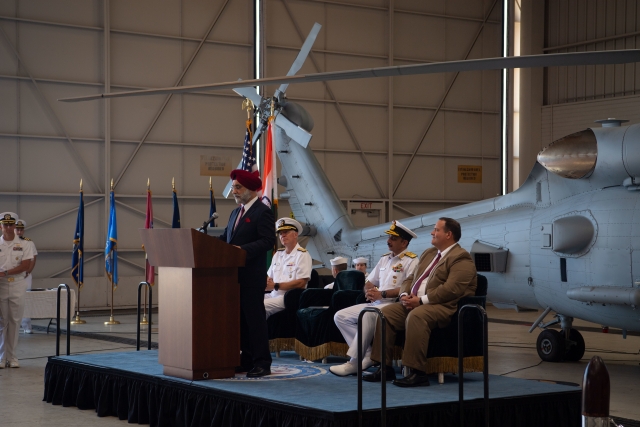 On Friday 16 July 2021, the first two Bharatiya Nau Sena (Indian Navy) Sikorsky MH-60R Seahawks were inducted from the US during a ceremony at Naval Air Station North Island (CA).

Both helicopters were received by the Indian Ambassador to the United States, Taranjit Singh Sandhu and Indian Navy Deputy Chief Vice Admiral Ravneet Singh at the US Navy base.

The first three MH-60Rs, serials IN751 to IN753 were diverted from the US Navy production line.

On published photos, two MH-60R Seahawks from Helicopter Maritime Strike Squadron (HSM) 41 Seahawks ('TS-4xx'), participate in a formation flyover during a ceremony in which the Indian Navy inducted its first two MH-60Rs. This indicates that this Fleet Replacement Squadron (FRS) will take care of training the Indian Navy staff in the US. 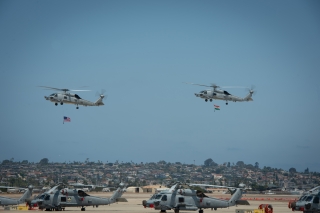 India fast tracked the acquisition of the Seahawk helicopters. In November 2018, a Letter of Request (LoR) was issued to the US government for the acquisition of 24 MH-60R anti-submarine helicopters. On 2 April 2019 the US State Department made a determination approving a possible Foreign Military Sale (FMS) to India of the MH-60R.