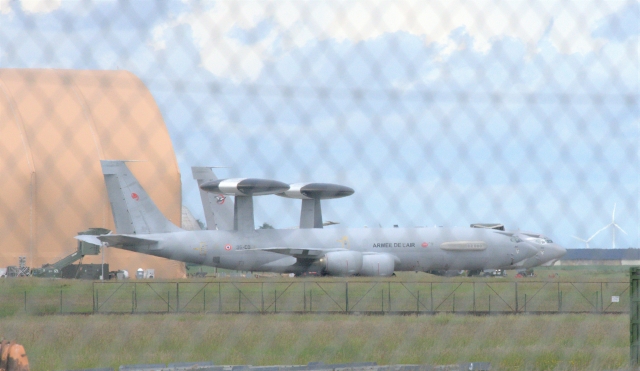 French AWACS temporarily based at Chateauroux

Because of runway renovation at their homebase, the E-3Fs have been temporarily relocated. The renovation already started in January this year, with the E-3Fs being dispatched to Base Aérienne 125 Istres-Le Tubé. From early April, the aircraft are accomodated at Châteauroux-Déols, where they are parked at a secluded section on the east side of the airport.

Accepting the AWACS aircraft at Chateauroux required some reconstruction. The area where the aircraft are parked is now a temporary military zone, the cost of which is estimated at 1,3 million euros, including gates, fences and surveillance systems. A shelter has been set up to house an aircraft maintenance and repair shop. Due to planned exercises, there should never be more than two E-3Fs on-site at the same time.

The E-3F is operated by Escadre de commandement et de conduite aéroportée (EDCA) 01.036 and EDCA02.036. The first aircraft were delivered to Avord in May 1991.