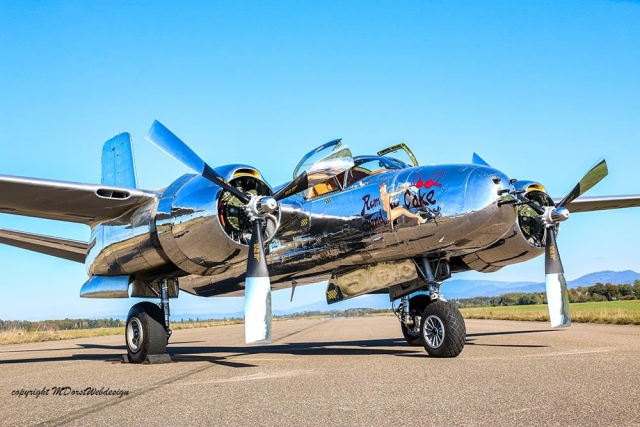 The German company Tina Fly GmbH based in Eschbach, has spread excellent news on their Douglas A-26 "On Mark marketeer" N500MR (c/n 28048). It made its successful post restoration first flight on 21 September! The Invader was acquired by Tina Fly GmbH early 2019 and then transferred to Bremgarten Airport (EDTG) in February 2019.

Martina Paul, who is the commercial director of TinaFly GmbH, coordinated the restoration work that followed, and aircraft mechanic Felix Ohlhoff and JF Aircraft Services took on responsibility for the project. The aircraft was completely stripped of paint in order to be able to optimally check eventual damage of the structure. The electrical system and avionics were overhauled, and the entire interior was rebuilt.

JF Aircraft Services was on board; Jiri Flieger and his team were responsible for the complete renewal of the avionics, cockpit equipment and control elements. At the end of the work, Jiri Flieger also accepted the entire aircraft in his role as FAA inspector.

In the course of the restoration, the aircraft received overhauled, almost as good as new Pratt & Whitney R2800 CB-3 with 2,400 HP each coming from Anderson Aeromotive Inc.,. The propellers are shortened DC-6 propellers. The final step was the polishing work, which was carried out by Airglace Aviation. 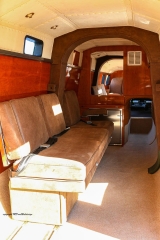 The nose art on the Invader seems to inspire to offer rum&cola to nice young ladies: you never know what can happen…

After around 22,000 hours of work, the aircraft was finally able to take the long-awaited first flight after restoration on 21 September 2021. The first 20-minute flight went without a hitch! 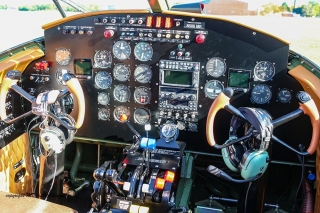 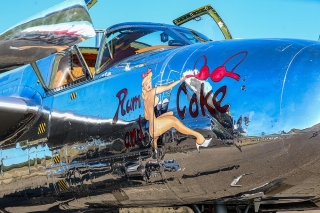