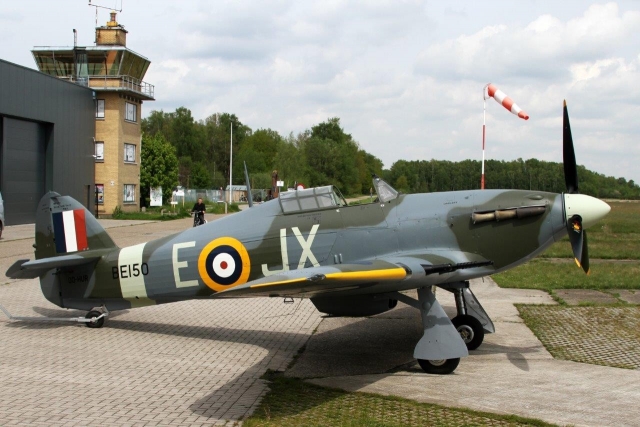 Hawker Hurricane Mk.IV KZ321 (OO-HUR) made its first flight in a new livery from Brasschaat, Belgium, on Wednesday 20 May. The fighter, previously CF-TPM (and before that G-HURY) had arrived in Belgium in 2018, making its first flight as OO-HUR in November of that year.

The Hurricane was thoroughly overhauled and prepared for its first flight by the local FAST Aero company. It has been acquired by a group of Czech aviation enthusiasts around the Aviation Museum Točná. After completing formalities and instruction of the pilots, the machine is expected to be flown over to Prague by the end of May.

As a tribute to the Czechoslovak airmen who served in the RAF during WW II, OO-HUR is repainted in the colours of Hurricane Mk.IIc “BE150”. This aircraft with code “JX-E” was flown by Czechoslovak ace Brig. Gen. Karel Miloslav “Kut” Kuttelwascher , DFC and bar in No.1 Sqn RAF. It was actually his first Hurricane as he later switched to all black nightfighter BE581. 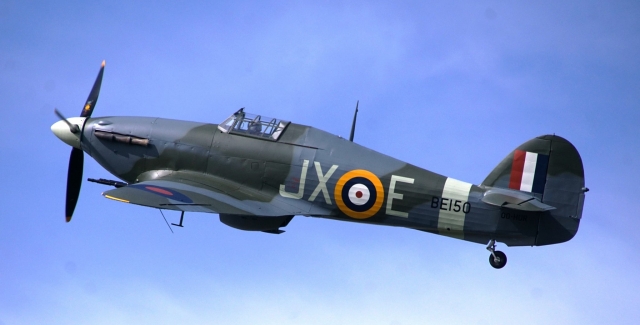 In July 1942 he said goodbye to the Hurricane and continued night fighting with Mosquito aircraft in No.23 Squadron RAF. With twenty confirmed enemy “kills” Kuttelwascher was by far the most successful Czechoslovak fighter pilot.

OO-HUR is now owned by a group, called “Flying Aces Services & Training” which is officially located in Belgium, but in fact has a Czech board. After its arrival in the Czech Republic, the Hurricane will be flown during airshows by three local pilots, named Ji říí Horák, Petr Pačes and Radim Vojta.