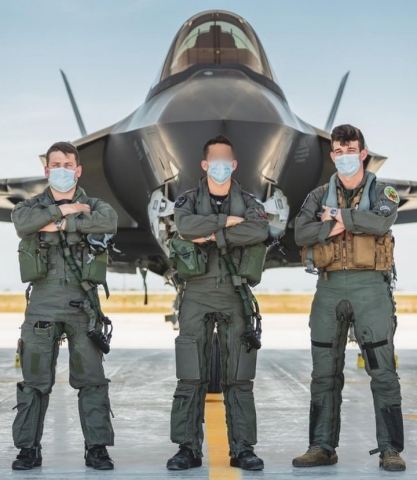 Israel's Adirs have landed in Italy

On 20 January 2021, Scramble Magazine assessed that Israeli Air Force 116sq/140sq F-35Is, the first ever to be deployed abroad, would go to Amendola/Luigi Rovelli Air Base (Italy). The Adirs are hosted by the Aeronautica Militare (AMI, Italian Air Force) with the 32° Stormo/13° Gruppo, which are operating F-35A Lightning IIs.

Besides the IAF, the exercise sees the participation of fighters from the AMI, RAF and USAF. During the exercise, the IAF will simulate various aerial scenarios with other air forces in an unfamiliar environment. Among the scenarios are defense missions, air-to-air combat, aerial strikes, countering surface-to-air (SAM) missile battery threats, air support to ground forces, and other scenarios over enemy territory.

With Italian and Israeli F-35s based at Amendola, American and British F-35Bs will take off from the participating British aircraft carrier HMS Queen Elizabeth. Additionally, an Italian B-767 tanker and ground based US F-35As and F-16C/Ds are taking part. Besides the six Adirs, two IAF Re'em (Boeing 707) tankers, and IAF Nachshon Eitam (G550) serial 569 have also been deployed to Amendola. 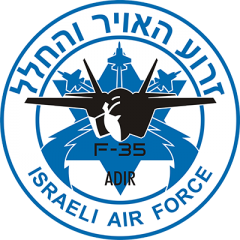 While this is the first time that the IAF's F-35Is are deployed beyond Israel's borders, it was stated that Falcon Strike is of great strategic importance and will have a significant impact on the Israeli Defence Force and the entire State of Israel. The IAF will continue to strengthen cooperation with air forces from around the world while enhancing relations and mutual interests, operational readiness, and shared learning.

The following F-35s have been sighted at Amendola:

Scramble Magazine would like to know the serials of the participating aircraft. If you have information on this, please send it to This email address is being protected from spambots. You need JavaScript enabled to view it.