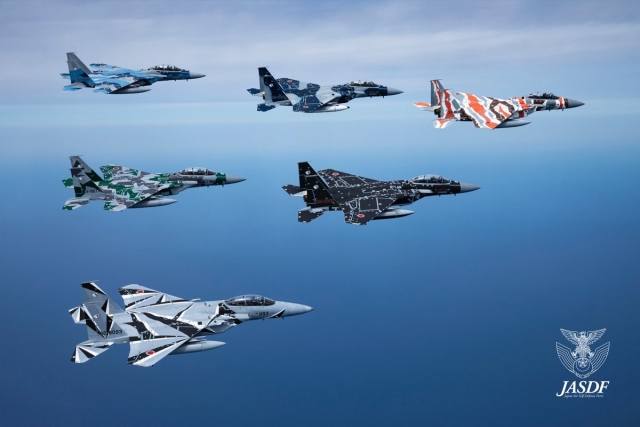 The Japan Air Self-Defense Force (JASDF) has its own Tactical Adversary unit, the Komatsu based Hiko Kyodogun or Aggressor Group. The unit was established at Nyutabaru in March 1983 as Aggressor Squadron (Hiko Kyodotai) and operated the Mitsubishi T-2 in the adversary role. These T-2s were already painted in a non standard livery, but not as extravagant as the colour schemes of their replacement, the F-15 Eagle.

Throughout the years many variations were seen and the unit now operates nine F-15DJ dual-seat Eagles, all sporting a different pattern. The unit often operates from other bases, training the local units in air-to-air combat skills.