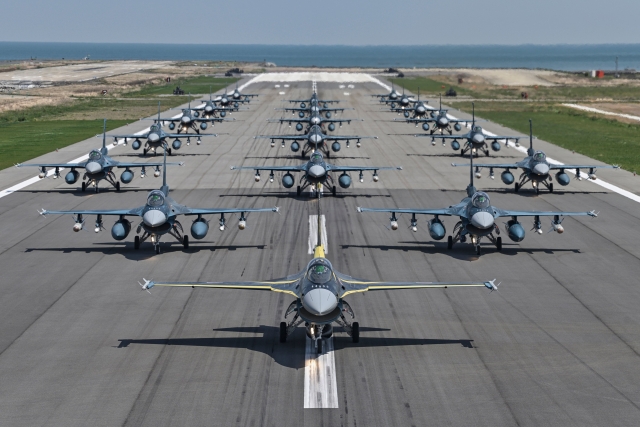 8 Hikotai was formed at Komatsu on 1 May 1961 as a fighter unit operating the F-86F Sabre. The unit was relocated multiple times, operating from Iwakuni, Nagoya-Komaki and Misawa before ending up at its present home-base Tsuiki.

After operating the Sabre, the unit transitioned to the iconic Mitsubishi F-1 and later even operated the F-4EJ Phantom as an interim aircraft before acquiring the Mitsubishi F-2. Some of the Phantoms were painted in a sort of F-2 camo-pattern.

According to the Scramble Magazine database, 8 Hikotai has twenty F-2A/Bs on strength, some of them have not been seen for some time. That is probably the reason that some F-2s of the co-based 6 Hikotai were smuggled into the pack, not visible on the official photos.