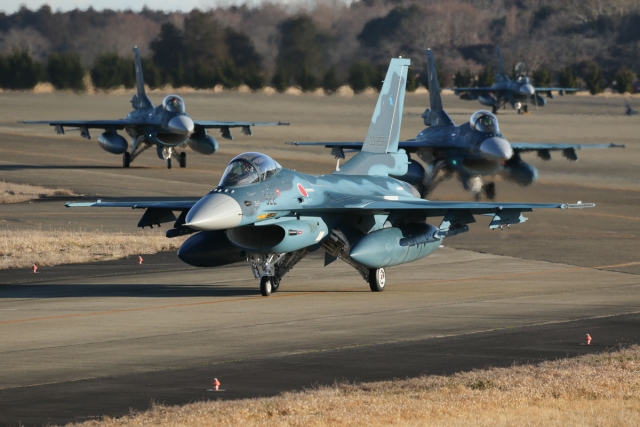 For the first time, Japan Air Self-Defense Force (JASDF) F-2 fighters will participate in Australian exercise Pitch Black 22. Six F-2As belonging to Hyakuri based 3 Hikotai will be flown to Australia on 9 August 2022, to take part in this joint forces exercise.

This year’s Pitch Black exercise will be held from 20 August to 8 September around RAAF Base Darwin and RAAF Base Tindal with, besides the JASDF also the Luftwaffe (GAF, German Air Force) participates as a first timer, bringing a deployment of EF2000 Eurofighters. For more information on this year's participants have a look at the Scramble Magazine SIS Summary page.

The participation of the JASDF F-2s is also the reason a Royal Australian Air Force (RAAF) KC-30A was deployed to Komaki air base in April 2022. It conducted refueling compatibilty tests with JASDF F-2A and F-2Bs. The KC-30 is certified to refuel F-16s, however because the F-2 is Japan’s own development based on the F-16, refueling had to be confirmed.

According to the Scramble database, 3 Hikotai operates 21 F-2s comprising of seventeen F-2As and four F-2B.