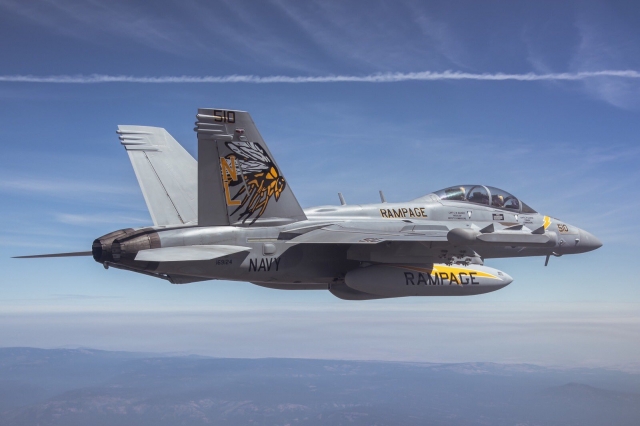 Always a pleasure to see bright markings on fighter aircraft. The United States Navy provided the photo of this colourfull EA-18G Growler, BuNo 169124/NL-510. The aircraft is operated by Electronic Attack Squadron 138 (VAQ-138), also known as the "Yellow Jackets". VAQ-138 is an expeditionary Growler squadron of the United States Navy based at Naval Air Station Whidbey Island (WA). Their radio callsign is "RAMPAGE", also brightly marked on this aircraft.

NAS Whidbey Island (WA) is the home base for no less than fourteen Growler units, of which five squadrons are earmarked as a Joint Expeditionary Squadron. Whidbey Island can for sure be named Growler town.

VAQ-138 was established as an operational squadron in February 1976 and made its first deployment aboard USS Saratoga (CV-60) to the Mediterranean Sea. The unit was equipped with the Grumman EA-6B Prowler. From late 2009 through 2010, VAQ-138 returned to VAQ-129 "New Vikings" ('NJ-5xx') to facilitate the transition from a sea going EA-6B Prowler squadron to an expeditionary EA-18G Growler squadron. After earning their mission ready qualifications in 2011, the Yellow Jackets made their first deployment as an expeditionary squadron to Al-Asad Air Base (Iraq) and Al-Jaber (Kuwait) in support of Operations IRAQI FREEDOM and NEW DAWN. In 2013 the Yellow Jackets again deployed to the Middle East in support of Operation ENDURING FREEDOM. 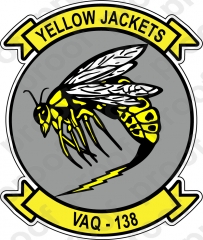