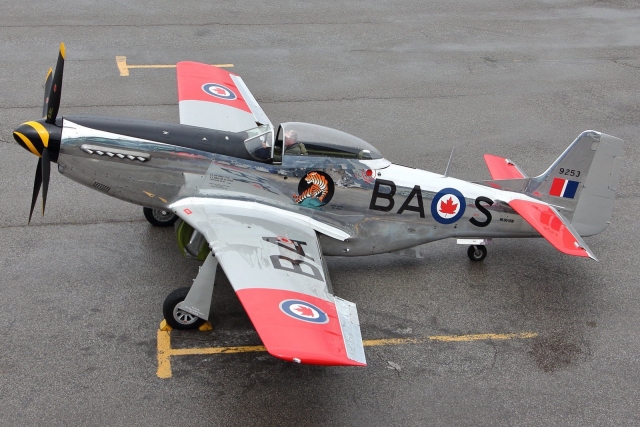 It shows North American P-51D Mustang NL951HB which came out of a long term restoration at Glenn Wegman's Fighter Enterprises, Inc. in Florida last year. It made its first flight on 26 September 2020.

The proud owner, Hannu Halminen chose to have his Mustang finished in Canadian colours. The fighter wears the livery of RCAF9253 with code “BA-S” as was flown by "City of Hamilton" 424 Squadron.

On Sunday 22 August, Halminen will present his P-51 on the ramp of the Canadian Warplane Heritage Museum in Hamilton (ONT, Canada)

Ten years later this airframe was sold to Nicaragua and flown there as GN-96. From Nicaragua, the Mustang was salvaged by Will Martin of MACO sales in 1963.

He registered the machine in the USA as N6150U but sold it, now to another South American air force, that of Bolivia. They operated the fighter as FAB-513 from 1966 to 1995.

It was then repatriated by World Jet Inc. of Fort Lauderdale (FL) and registered N711WJ. Not so long afterwards the plane was bought by Vintage Aero Inc. as N951HB. The restoration started in 2002, and was, as said, finished in 2020.