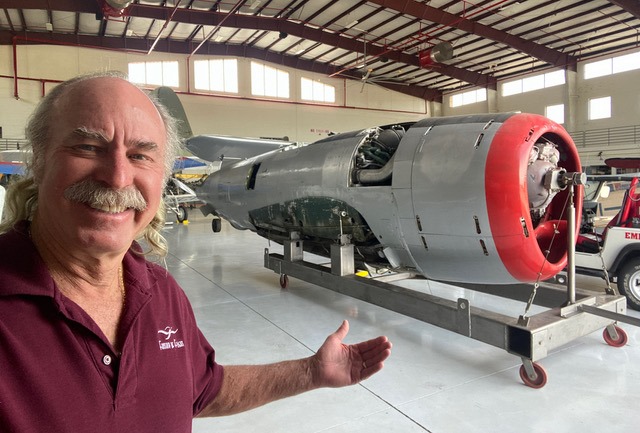 Kermit Weeks, well known American warbird collector and owner of the Fantasy of Flight museum of Polk City (FL) revealed one of his hidden treasures on 12 July. And a treasure it is: Republic P-47D Thunderbolt 44-32814 (c/n unknown) which Weeks acquired in Venezuela. It was already registered as N47FF on 18 July 2003, and has been stored in a container on the FoF premises since then!

The Thunderbolt was delivered to the Aviación Militar Nacional Bolivariana (Venezuela Air Force) on 5 April 1949, which at that time was still known as Fuerza Aérea Venezolana. It was flown with serial 8A36 by Escadron de Caza (Fighter Squadron) C-36 but the date of withdrawal from use is unknown. From 1980 to 1991, the fighter was displayed at the Escuela Superior de la Fuerza Aérea, Caracas. Its fate during the years that followed is currently unknown. The “Jug” finally emerged again (in storage in dismantled state at the Museo Aeronautico, Maracay-El Libertador AB in 2001. 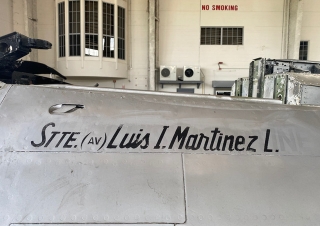 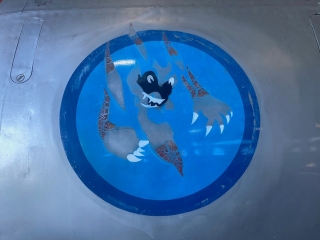 The Thunderbolt is still in a remarkable good condition, both internally and externally. It still proudly wears the colours of the air force of Venezuela, serial 8A36, and the name Stte Luis I. Martinez Lázaro (its last pilot?) Martinez Lázaro later became a Lt. General. The fighter still sports a fainted squadron marking as could be seen on the aircraft of Escadron de Caza C-36. It is said to be based on the Diavoli Rossi (Red Devils) marking as used by the Italian Air Force. It was inherited from the former Aeronautica Militare (Italian Air Force) Fiat CR32s operated by Venezuela. 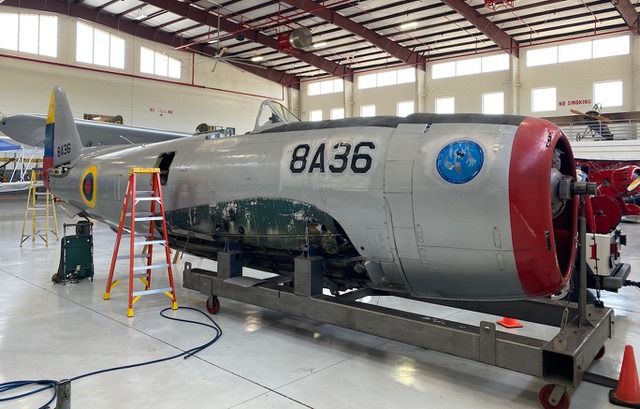 According to Weeks on his Facebook page, the restoration of the P-47 to airworthy condition has come sooner than originally planned. The closing of Fantasy of Flight during the COVID-19 pandemic has provided more space for and manpower to work on the project. One of the photos shows Kermit in front of his “new” Thunderbolt. The grin on his face says it all!