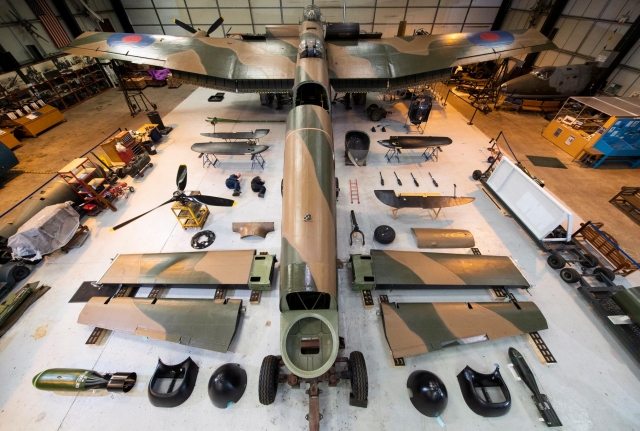 It looks like the familiar sight for most airplane modellers: an inventory of the parts of your Lancaster construction kit. The difference is that this kit is life size!

After heavy maintenance during the 2020-2021 winter season AVRO Lancaster NX611 Just Jane is being prepared for assembly.

In the past months all four Merlins engines were serviced, the rear turret, the tailplane, fin and rudder were removed and the rear fuselage was split from the aircraft to name but a few of the activities that were carried out. All of this work is estimated to have cost in the region of GBP 50,000.00 over the six month period. 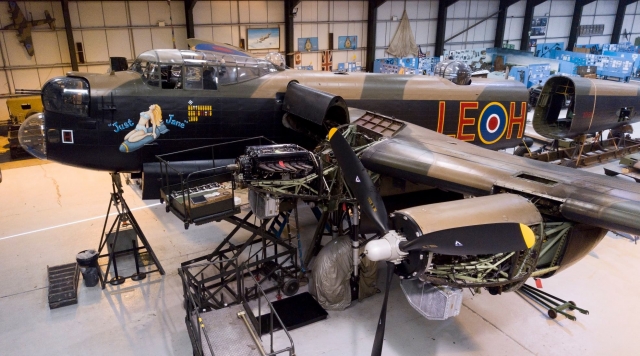 Now the vintage bomber, resident of East Kirkby aerodrome in the United Kingdom, will carefully be assembled again. It is owned by the Lincolnshire Aviation Heritage Centre, a family run museum which was set up over 20 years ago by the Panton brothers.

In those years the iconic aircraft has slowly been restored and it is used for taxi rides with members of the public. Although it is presently not airworthy the ultimate goal of its ongoing restoration is to return NX611 (G-ASXX) to the skies. And what a sight it would be to see it fly together with Battle of Britain Memorial Flight’s PA474!