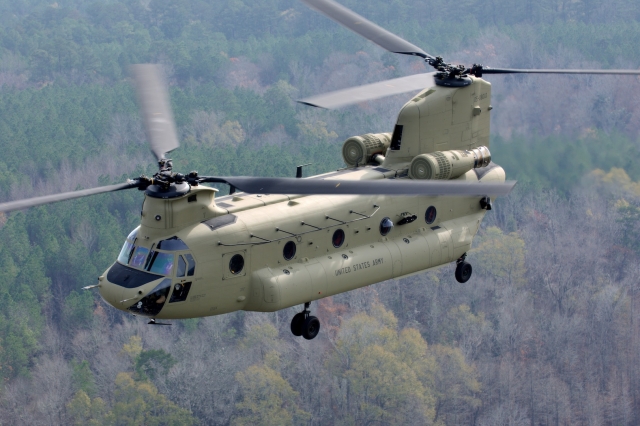 On 10 October 2021, it was announced that Boeing was awarded a $391 million contract to built the first five Lot I CH-47F Block II Chinook helicopters for the US Army. Funds will be drawn from the FY21 budget for this purchase.

The US Army previously stated that they did not want to purchase CH-47F Block II helicopters in order to free up funds for their future vertical lift projects aimed at replacing the AH-64 Apache attack and UH-60 Black Hawk assault helicopters.

They did commit to replace the MH-47G Special Forces Chinook helicopters by improved MH-47G Chinook Block II examples. Twenty-four of which are currently on order. But they did not have the intention to replace the current regular army CH-47F Chinook fleet by Block II variants. Besides lack of funds, the US Army vision for future vertical lift capabilities judged the CH-47F Block II lacking in speed and range to keep up with the new attack and assault helicopters.

The US Army however was overruled by the US Congress and lawmakers ensured that funds would be available for the first five Block II helicopters to be purchased. These helicopters are slated to be delivered by 2025.

Boeing currently is working on solving some technical problems which surfaced during testing of the CH-47F Block II prototypes. Excessive vibrations were reported during test flights from the new Advanced Chinook Rotor Blades. The US Army classified this as a safety of flight risk, while Boeing tends to disagree and refers to this as minor problems. Either way, Boeing also stated to be committed to resolve these issues and they were confident that this would not delay delivery or introduction of the five helicopters on order.