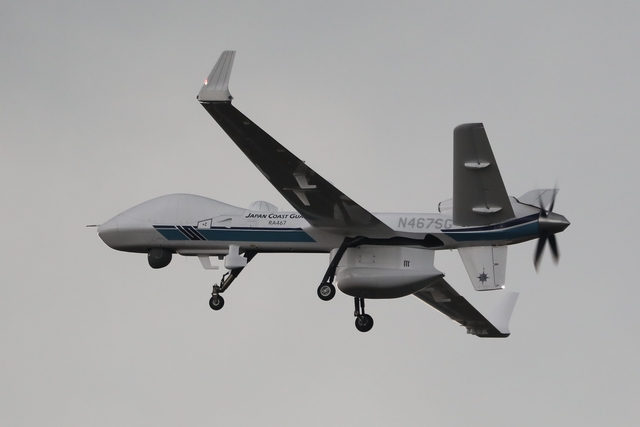 On 19 October 2022, a General Atomics MQ-9B Sea Guardian was delivered to Hachinohe, to be operated for the Japan Coast Guard (JCG). The aircraft with registration N467SG and JCG code RA467, was in full JCG colours and markings, however we believe the aircraft is still owned by General Atomics and exclusively operates for the JCG’s RPAS project.

Demonstration flights in October 2020 from Hachinohe, where General Atomics demonstrated the cost-effectiveness of the Sea Guardian as an aerial surveillance method, resulted in its selection to support the JCG’s Remotely Piloted Aircraft Systems (RPAS) project.

The MQ-9B Sea Guardian will be used to conduct wide-area maritime surveillance to support JCG’s missions, which include search and rescue, disaster response, and maritime law enforcement.