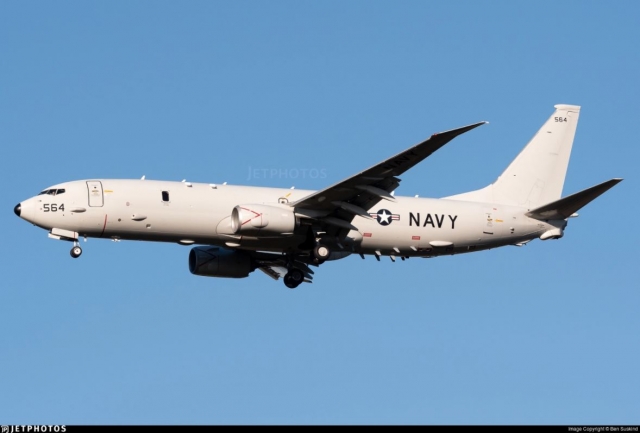 Following the Scramble News report of 16 April 2021 of the Mystery US Navy Poseidon, we can now report that our last sentence of that news report "Is the US Navy trying to fool the spotter's community and the rest of the world about the true identity of the aircraft?" is most probably true.

169564 is not an active Poseidon at all. The frame does not even exist, but 169564 photographed at NAS Oceana (VA) is an existing P-8 Poseidon. The aircraft is clearly modified and most probably supports the Special Projects Unit (VPU) 2 Wizards which is based at NAS Jacksonville (FL).

Scramble Magazine combined their analyses with those of some well-informed sources and concluded that BuNo 169564 of the picture is most probably BuNo 168854. Construction number 66096 and line number 8219 was sitting as a bare barrel in Wichita in early March 2021.

The reason for this mystery is unclear but most probably, the US Navy is up to its old tricks again! Looking to the past, there are many, many stories about the VPU-1 and VPU-2 sneaky P-3 Orions with fake BuNo's and some or more external secretive modifications. 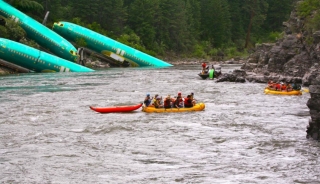 P-8A BuNo 169564 is probably wearing a fake BuNo, fuselage barrel 8219 is a frame which should have become 169564 but was skipped for reasons unknown. What we think now is that this frame with line number 8219 was maybe one of three that was seriously damaged while transported by a train. That train crashed while on its way to Renton, after which three 737 fuselages rolled down a slope into a river. The fuselage of 8219 was assumed to be scrapped but possibly now fake used on another fuselage with BuNo 169564.

On 1 April 2020, the US Navy’s only left special projects patrol squadron, VPU-2, was moved from MCAS Kaneohe Bay (HI) to NAS Jacksonville (FL). It was reported that this unit, which flies modified P-3C Orion maritime patrol reconnaissance aircraft, was also planned for transition to the Poseidon. It is more than logical, that the VPU-2 Poseidon will also be equipped with specialized sensors and other modifications for reconnaissance and special projects. And that latter refers to the different antennas visible on the picture we published.

Photos by Ben Suskind via Jetphotos.com and Reuters/Kyle Massick