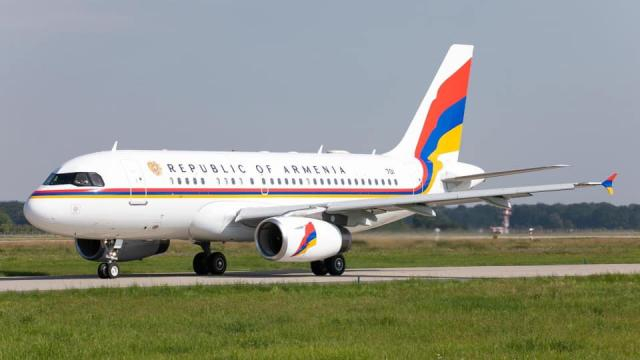 The sole Airbus A319CJ of the Armenian Government, registered 701 (msn 913), has been given a new lick of paint. We think it looks quite nice. The Airbus was rolled-out of the paintshop at Ostrava on 15 August 2020 where Radim Koblížka was present to take this picture.

Its previous livery was indeed simple and a little boring. Robert Eikelenboom photographed the aircraft in its old livery at Brussels in March 2020.

Before the military style serial, applied in December 2014, the Airbus was registered EK-RA01. The aircraft was delivered to Armenian Government in December 2007. 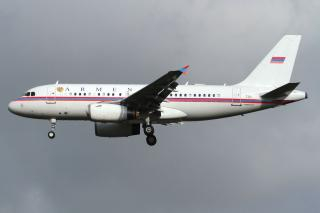 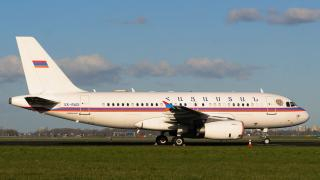 Both photos via Scramble Magazine