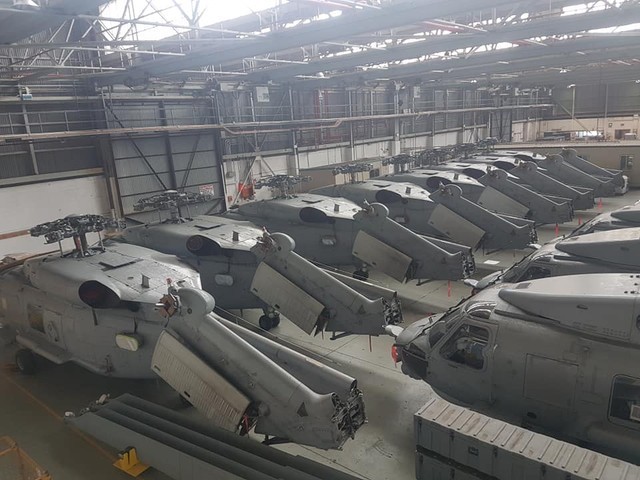 The word bushfire is still well and truly fresh in the minds of most Australians following the disastrous 2019/20 fire season.

But it is not just an Australian problem. Global warming has caused an alarming increase in the number of wildfires all over the world. And unlike the situation in the past, many of these wildfires occurred simultaneously on different continents.

As a result, the world's inventory of specialised firefighting aircraft had to be further diluted across the globe.

An Australian company, Skyline Aviation Group based at Lake Macquarie Airport (NSW), had earlier predicted this effect and acted accordingly. They decided to scale up.

Established in 1995, the company has been active in the field of scenic flights, flight training and has experience in firefighting, mainly with smaller sized helicopters like Robinsons, Bell Jet Rangers/Long Rangers and Airbus AS350 Ecureuils. So when the Royal Australian Navy disposed of its Sikorsky S-70B-2 helicopters in November 2018, Skyline Aviation was at the first row, and acquired eleven of these Seahawks and a huge inventory of spare parts.

According to our Scramble Magazine database for Australia the following S-70B-2 helicopters were obtained by Skyline Aviation:

During the 2019 Avalon Airshow, Skyline Aviation showed one of the retired Seahawks, N24-016, for the first time. It was on display with a mock-up firefighting tank underneath the fuselage. This was the FT4500 (4500 litres) tank designed by Helitak to suit the UH-60 and S-70 Hawk series helicopters. 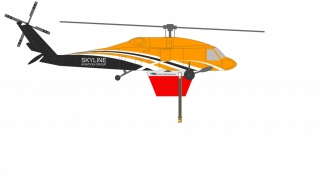 Unlike the tanks of US rebuilt S-70 Firehawks, the Helitak version is a collapsible tank, which unfolds as soon as it is filled while the helicopter uses its snorkel. The first of the modified S-70Bs, VH-XHJ, joined the Australian register in October 2019. Formerly RAN N24-002, it is the first of the Seahawks modified for its new role in aerial fire suppression. Skyline aims at preparing two to six Seahawks for the fire season 2020-21. 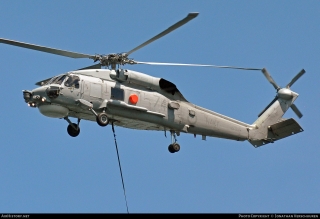