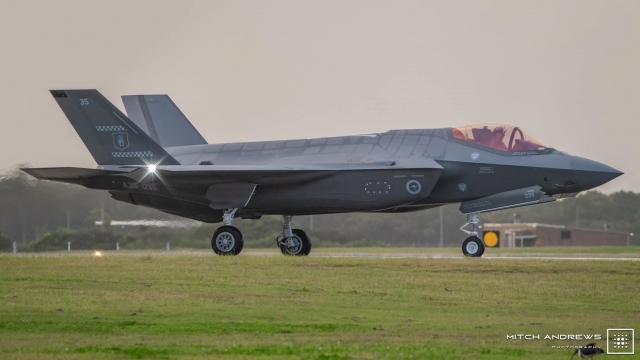 Next batch of F-35As delivered to RAAF

On 6 May 2021, a batch of four F-35As arrived at RAAF Base Williamtown (NSW). These are the latest additions to the RAAF's ever growing fleet of Lightning IIs.

Among the ones delivered on 6 May is A35-034. This is the final Lightning for the 2nd Operational Conversion Unit (2OCU). According to the Scramble Magazine database, this unit now has sixteen F-35As on strength.

Australia ordered a total of 72 Lightning IIs of which 37 have been delivered so far. All are based at RAAF Base Williamtown. According to the Scramble Magazine database, just like 2nd OCU, 3sq has sixteen aircraft on strength.

Three aircraft are allocated to 77sq, so with 37 delivered, that leaves two aircraft that are unaccounted for. One of these is A35-029. This one was delivered to RAAF Base Williamtown in November 2020 in 75sq colours. However, 75sq is based at RAAF Base Tindel (NT) and is still flying the remaining operational Hornets. The other one is A35-030, which was also delivered to Williamtown in November 2020, however without unit markings.