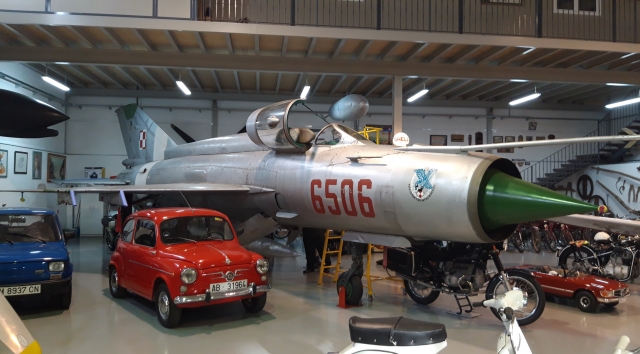 Driving trough large areas full of grain, you actually may imagine yourself back in time. There are only a few roads leading to Barrax, a town with the same name as the municipality in the province of Albacete (Spain), where 16th-century Spanish gentleman Don Quixote de la Mancha and his servant Sancho Panza are still determine much of the scenery.

In a corner of Barrax, the Herdasa furniture company stands firm before the open cereals. Formerly owned by Saturnino Andrés García, and now in the hands of his son Hermanos Andrés García, the company also has a nice museum with rare gems and memorable historical pieces.

Besides a Rolls-Royce that at one time belonged to the former secretary general of the the Communist Party of Spain, Santiago Carrillo and was a gift to Carrillo from the former president of Romania, Nicolae Ceauçescu, a Mikoyan Gurevich MiG-21MF can be found. 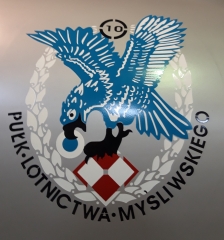 The former Siły Powietrzne RP (Polish Air Force) MiG-21MF, which is in a immaculate condition, looks like it is still operational when it was operated with the 10th Fighter Aviation Regiment (10 Pułk Lotnictwa Myśliwskiego) based at Łask Air Base (Poland) during the end of the nineties.

Photo credits: Aircraft throughout the years