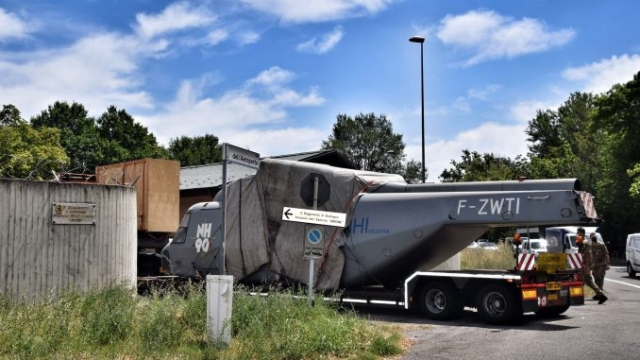 On 5 July 2021, after a five-day journey from the NH Industries manufacturers French headquarters in Istres, the second NH90 prototype in its Marine grey colour and French registration F-ZWTI (construction number PT-02) arrived at Bologna (Italy).

The NH90 will be restored by the Italian Army Reggimento di Sostegno dell'Aviazione dell'Esercito Orione and will be placed at Volandia Park and Flight Museum near Malpensa (Milan), the largest Italian aeronautical museum, as well as one of the largest in Europe.

The helicopter was given its weight and shape, transported as an exceptional load on a flatback truck, which journey took almost five days along 2,200 kilometers via Grenoble and the Frejus tunnel, bypassing Ventimiglia and Savona in Italy. The maiden flight of this second prototype took place on 19 March 1997 and was dedicated to the development of the fly by wire control system.

The NH Industries NH90 is a medium-sized, twin-engine, multi-role military helicopter. It was developed in response to NATO requirements for a battlefield helicopter which would also be capable of being operated in naval environments. The NH90 was developed and is manufactured by NH Industries, a collaborative company owned by Airbus Helicopters, Leonardo (formerly AgustaWestland) and Fokker Aerostructures. The first prototype conducted its maiden flight in December 1995 and the type first entered operational service in 2007. The NH90 is in service in the armed forces of thirteen nations. 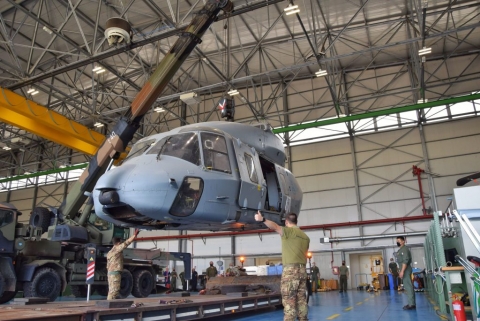 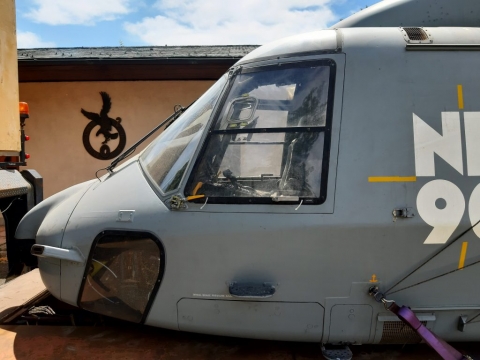