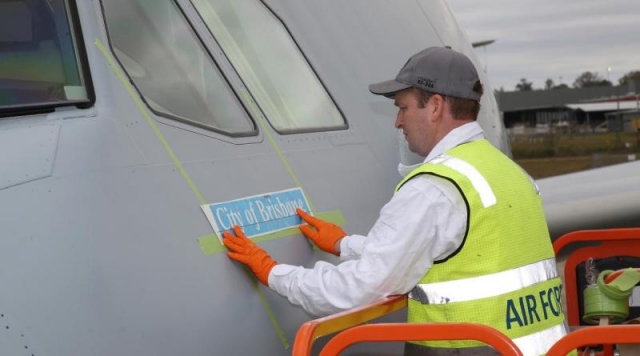 Early November 2020, the Royal Australian Air Force (RAAF) brought back the naming tradition when the Airbus KC-30A MRTTs from 33 Squadron Enduring were given names.

For tail number spotters, this naming can positively add in the way of identifying individual aircraft as the serials of the tankers are sometimes hard to read. Also this year, the RAAF started repainting the MRTT fleet. At least one aircraft with "high viz" markings, serial A39-004, has been noted in February 2020. The roundel, serial, RAAF titles and tail markings were painted black instead of a lighter shade of grey.

Disbanded after the war, 33 Squadron was re-established at RAAF Base Richmond (NSW) in 1983. The squadron named their Boeing 707 tanker transporters City of Sydney, Richmond Town, Windsor Town, Clarendon, Castlereagh, and Wilberforce.

The last of the Boeing 707s was retired at RAAF Base Richmond in June 2008, with 33 Squadron relocating the to RAAF Base Amberley (Qld.) in July 2008.