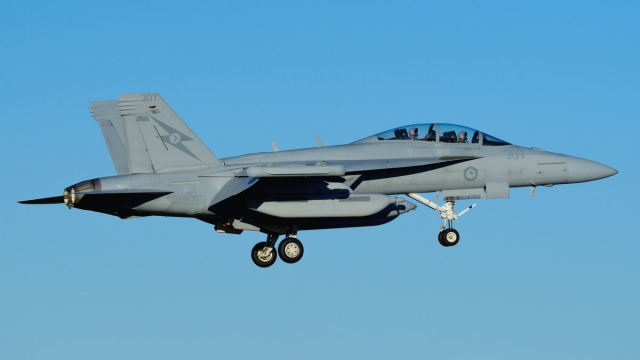 The US State Department has approved the sale of a former US Navy Boeing EA-18G Growler to Australia, to replace an almost-new example (serial A46-311) lost in a runway incident at Nellis AFB (NV) in January 2018. Scramble Magazine wrote on the accident in January and November 2018.

The contract for the EA-18G Lot 38 (or higher) is valued at USD 125 million. The Growler will be modified to RAAF specifications to enable commonality with the remainder of the Royal Australian Air Force (RAAF) fleet.

Australia purchased twelve new-build Growlers under Project Air 5349 Phase 3, in lieu of converting a similar number of its F/A-18F+ Super Hornets into electronic attack configuration. The first aircraft (A46-301) was handed over to the RAAF at Boeing’s Super Hornet and Growler production facility in St. Louis (MO) in July 2015. The Growlers are operated by 6 Squadron based at RAAF Amberley.

The unfortunate EA-18G is stored with the 309th Aerospace Maintenance And Regeneration Group (AMARG) at Davis Monthan (AZ) since 24 October 2018. The aircraft is marked as 169158 and was last reported stored in area 24.