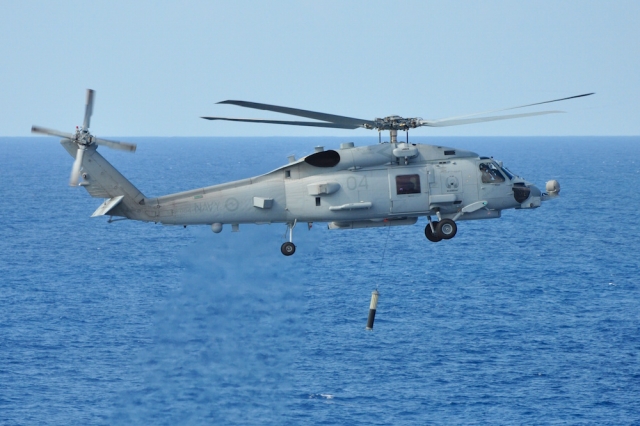 The contract is valued at USD 986 million. The new MH-60Rs will eventually replace the Navy's six Airbus-made MRH-90s.

The RAN currently operates 24 Seahawks in the naval combat helicopter role, sufficient to provide eight flights (of a single helicopter) at sea and concurrently deliver shore based training and operational tasking. They are shore-based at HMAS Albatross, near Nowra (NSW) and serve with 725 and 816 Squadrons.

With the number of Navy surface combatants set to increase in coming years more flights at sea will be needed, but the RAN also has a requirement to phase out its six MRH90s, which are operated in the utility role from some of its larger surface ships.

The MRH90s were first acquired from 2006 but have suffered from poor availability since entering service, forcing the Australian Army to recently lease interim helicopters for training and non-combat transport roles. Scramble Magazine reported on 14 May 2021 and 29July on the lease of the AW139.