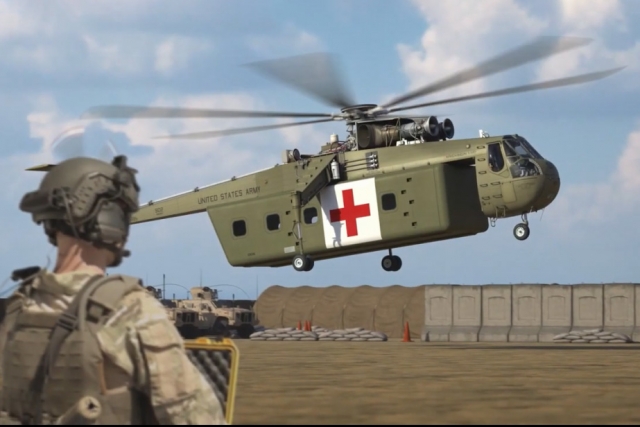 At the 2020 Heli Expo, Erickson Inc. announced a new production line of their legacy Air Crane helicopter introducing the S-64F+ to the market.

The Portland (OR), USA based company obtained the type certificate and manufacturing rights of the original S-64 in 1992. This in itself was the civilianized version of the Vietnam War era Sikorsky CH-54 Tarhe, of which 105 examples were built for the US Army.

Increasing demands for the S-64F as a firefighting platform, prompted Erickson to rejuvenate the design, the prototype of which made its first flight on 9 May 1962! 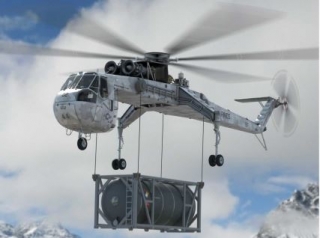 Erickson has already been able to officially certify new composite rotorblades for use in the S-64. These will increase the lift capacity of the helicopter and reduce the manufacturing and maintenance costs. In the S-64F+ these new blades will be used, combined with a full digital cockpit layout and provisions for the use of night vision goggles.

The new design has certainly drawn the attention of the United States military. Both US Army and US Marines seem to be interested in the S-64F+ as a solution to free CH-47 Chinooks and CH-53 Super Stallions from their heavylift duties under operational conditions.