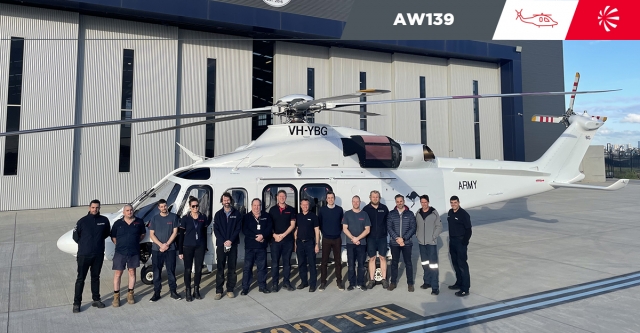 In October 2020, the Australian Army launched the 'Plan Corella' programme in which they asked the industry to provide an Army Interim Helicopter Capability (AIHC) to complement the MRH90 Taipans of the 5th Aviation Regiment (5th AVN).

The AIHC will provide a set number of hours per year for an initial period of two years. The AW139s will help maintain training throughput, and will conduct non-operational transport tasks due to ongoing shortfalls in the budgeted flying hours of the MRH90 fleet. Australia experiences problems in the integration of the new MRH90 helicopters linked to some gaps in the management of the programme, having to delay the retirement of the S-70A Black Hawks at the end of 2021 while waiting to make the MRH90s compatible with the operations of the Special Forces.

The AW139 will keep the civil registration, white livery but with the addition of ARMY titles and the classic kangaroo. The AW139 is owned by the Toll Group at Melbourne (Vic.).