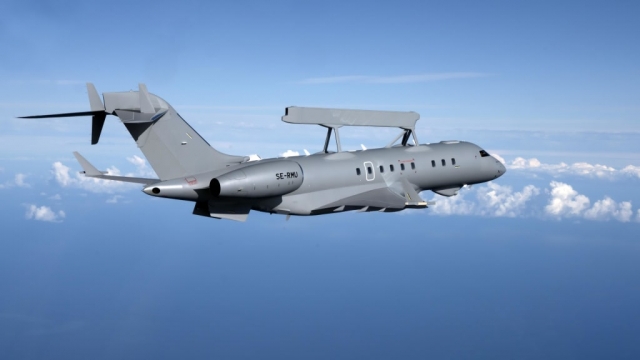 Eight months after the announcement that Sweden committed itself to the Global 6000 GlobalEye Airborne Early Warning (AEW) and Intelligence Surveillance Reconnaissance (ISR), the Försvarsmaktens (Swedish Armed Forces) made a formal request to procure the Saab GlobalEye on 1 October 2021.

It is not reported how many GlobalEyes will be ordered. On 14 October 2020, the Swedish Ministry of Defence (MoD) published a 181-page document outlining the defence bill for the period 2021-2025. Scramble Magazine reported on the proposed large increase in Swedish Defence Budget on 18 October 2020. One of the most pressing needs is a new airborne early warning and control system, as the current Airborne Surveillance & Control (ASC) Saab S100D aircraft are overworked and ageing.

The two S102B Korpen SIGINT modified Gulfstream IVs are to be maintained, with no replacement plans to be made until after 2025.