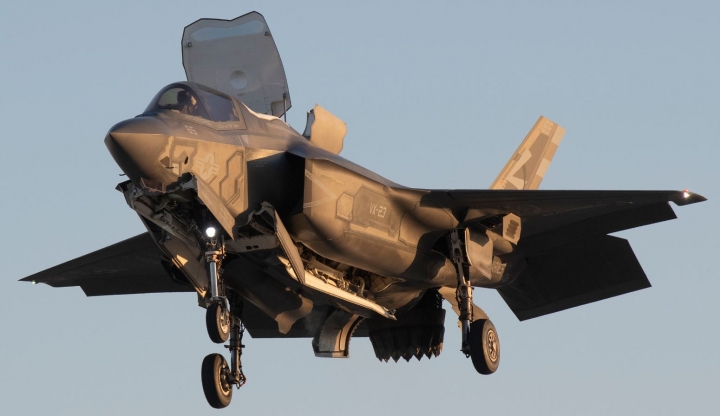 In the afternoon of 1 March 2021, test pilots of NAS Patuxent River (MD) flew the specially instrumented US F-35Bs of the Naval Air Warfare Center Aircraft Division (NAWC-AD) Air Test and Evaluation Squadron (VX) 23 Strike ('SD-xx') to the ITS Cavour (CVH-550) which is sailing of the coast of Virginia from 28 February 2021.

The pilots and aircraft join a test team of approximately 180 personnel from the Pax River-based F-35 Integrated Test Force (ITF) and embarked for up to four weeks of sea trials on board the Cavour. No MCAS Beaufort (SC) based Italian F-35Bs were used so far, but that will change after the ITF concluded their test flights. Those Italian aircraft, assigned to Marine Fighter Attack Training Squadron (VMFAT) 501 Warlords ('VM-xx'), are not equipped with special measuring equipment that are necessary for the first flights to and from the Cavour.

The ITF will play a key role in the ship achieving carrier qualification in the near future. These tests ultimately lead to Italy achieving the milestone, or as said in Italy "pietra miliare", of initial operating capability with the F-35B on the Cavour.

With the Pax River pilots and jets on board, the test team will now collect data that will ultimately lead to the ship’s officers’ and crew’s ability to safely conduct carrier operations with Italy’s own F-35s.