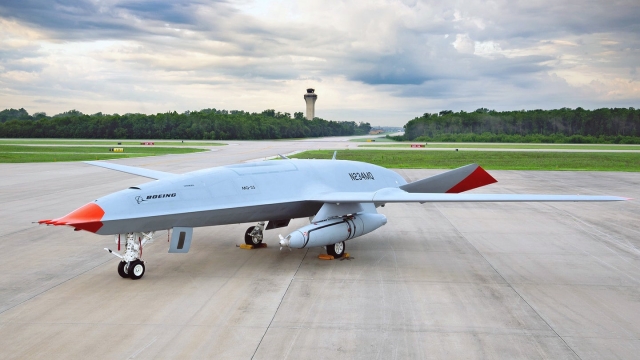 The Chief of Naval Operations established as of 1 October 2020, the Unmanned Carrier Launched Multi-Role Squadron (VUQ) 10. The squadron will be equipped with the Boeing MQ-25 Stingray and will call Naval Base Ventura Country / NAS Point Mugu (CA) as its home base. The first MQ-25 squadron is expected to start carrier operations from late 2021 or early 2022 and will become the Fleet Replacement Squadron (FRS) for the type. Initial Operating Capability is expected in 2024.

VUQ-10 is part of the US Navy Pacific Fleet and the Airborne Command & Control Logistics Wing (ACCLOGWING) that also commands the current fleet of Hawkeyes and Greyhounds. The first MQ-25s are used for training as part of the MQ-25 Fleet Integration Team (FIT). The FIT, responsible for tactics, techniques, and procedures (TTP) will eventually hand over their knowledge to the FRS.

It is expected that a few more MQ-25 squadrons will be established that on their turn will form detachments that will be assigned to a Carrier Air Wing (CVW). The US Navy plans to buy 72 Stingrays, worth USD 13 billion, that initially will supply aerial refueling for the CVW. Not for this moment, the unmanned aerial system is very well capable for other missions like intelligence, surveillance, and reconnaissance (ISR) and even strike.

Possibly VUQ-10 was established out of VU-10, the once US Navy Utility Squadron Ten that was operating out of Guantanamo Bay (Cuba), equipped with the Douglas JD-1 Invader. These Invaders were used for target towing for anti-aircraft tracking and gunnery during the the fifties. VU-10 became Fleet Composite Squadron (VC) 10 Challengers ('JH') that eventually was disestablished on 1 July 1993. Maybe this is the nickname for the new Stingray squadron VUQ-10.