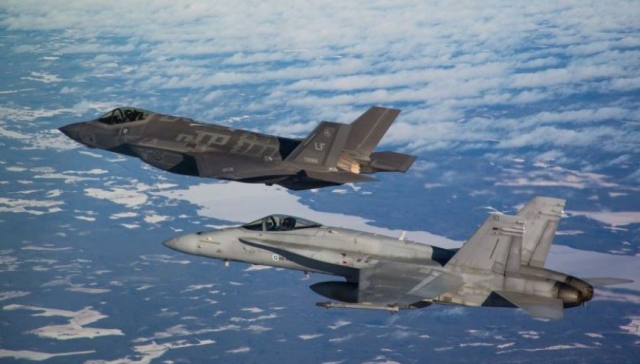 US fighter jet proposals to Finland

On 9 October 2020, The US State Department gave an okay for a possible Foreign Military Sale to the Government of Finland of a combination of Boeing F/A-18E/F Super Hornets and EA-18G Growlers OR Lockheed Martin F-35A Lightning IIs. Both contracts will contain besides the jets, weapons, support and related equipment too. The F/A-18 contract is worth an estimated cost of USD 14,7 billion while the F-35A contract is an estimated cost USD 12,5 billion.

Likewise the recent Scramble news report of the Swiss government ostensibly, the F-35As deal looks more attractive (less aircraft "do the same job", 5th gen/stealth and cheaper). But when analyzing the propositions that were published on DSCA (Defence Security Coopearation Agency), the proposition of Boeing looks more extensive with the main difference between Lockheed Martin and Boeing being the number aircraft, engines, this accompanied with two types of aircraft with an more extensive task like dedicated jamming with the Growler.

And we must not forget, the competition in Finland is still ongoing! The US propositions go along with France’s Dassault Rafale, the UK’s Eurofighter Typhoon and the Swedish Saab Gripen E/F. The new fighters will replace the aging fleet of Ilmavoimat (Finnish Air Force) F/A-18C/D Hornets in the early 2030s. It is hard to say which way Finland will decide. The Super Hornet looks in favor as the Ilmavoimat is well known with the Boeing product and transition from Hornet to the Super Hornet / Growler is most easy. The Growlers can fulfil a great job with the Russian aggressor as a neighbor. But... looking at its Scandinavian neighbors Norway and Denmark, who both decided to purchase the Lightning II, and Finland's close allies in NATO, a purchase of F-35s will make it easy in integrated air operations and training. But this can be said about the Eurofighter, Rafale and Gripen too.

The deal is far from done. A recent statement from the Finnish Ministry of Defense made clear that the US State Department’s announcement merely solidified that the two US-made aircraft were in the larger mix, and the number of planes is still a work in progress. “The announcement of the notification procedure does not constitute a procurement decision by Finland. The types and quantities of multi-role fighters and weapons specified in the US notification do not represent the final content of the Finnish procurement package. Instead, the list published by the DSCA indicates those items and quantities that the US administration is prepared to sell at this stage of the procurement process” the ministry said. 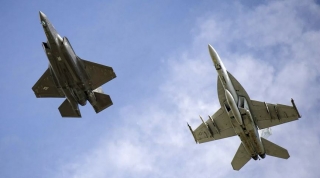 Super Hornet/Growler
Finland has requested to buy fifty F/A-18E, eight F/A-18F and fourteen EA-18G Growlers, in total 72 aircraft. The whole is accompanied among other hardware and avionica with 166 F414-GE-400 engines, a massive number of bombs and missiles that goes along with test vehicles, training, dummy and inert bombs/missiles, guidance units, tail kits, launch rails and... 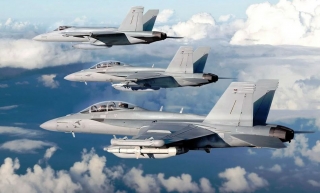 Lightning II
When Finland decides in favour of the F-35A Lightning II, the contract could looks as follows: 64 F-35As with air-to-air missiles and air-to-ground precision guided munitions and related equipment for an estimated cost of USD 12,5 billion. This contract contains 66x Pratt & Whitney F-135 engines and likewise the Hornet deal, a massive number of weapons that goes along with test vehicles, training, dummy and inert bombs/missiles, guidance units, tail kits, launchrails and...

Notably, the possible F-35A sale to Finland includes the Operational Data Integrated Network (ODIN), while the potential Swiss sale includes the Autonomic Logistics Information System (ALIS). The Pentagon said early 2020 it would move to the ODIN system after ongoing issues with ALIS plagued the F-35 programme. 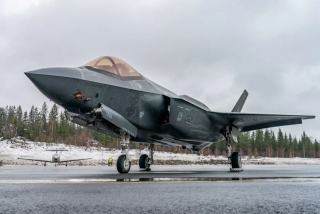 Boeing would be a double winner If the F/A-18E/F emerges as the winner for either Switzerland or Finland. The manufacturer is then able continue the Super Hornet production lines. As known, the US Navy decided to end Super Hornet / Growler purchases in Fiscal Year 2021. Without export orders, the production line will cease. In addition to Switzerland and Finland, Canada, India and Germany also have competitions in which Boeing’s Super Hornet is a candidate.