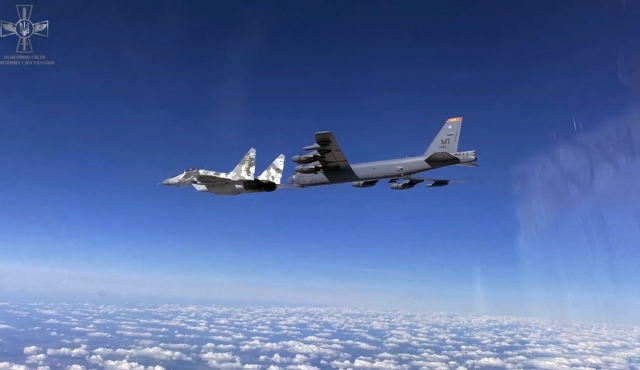 USAF B-52s over Ukraine, more than a publicity stunt

On 4 September 2020, three USAF Boeing B-52H Stratofortress bomber aircraft from the 23rd Bomb Squadron/5th Bomb Wing, Minot Air Force Base (ND), conducted vital integration training with two Mikoyan MiG-29 and two Sukhoi Su-27 fighters inside Ukraine’s airspace. Ukrainian military pilots met the B-52s on the Polish border, escorted it through the territory of Ukraine to the coast of the Sea of Azov and back.

For the first time multiple Stratofortresses; 61-0034 as "JULIA51, 60-0005 as "JULIA52" and 60-0044 as "JULIA53" flew this strategic bomber mission, that was part of the long-planned deployment of six B-52s to RAF Fairford in Gloucestershire (UK), towards the Ukraine. The mission provided the involved US, NATO and Ukrainian partners valuable midair training. In addition, this mission demonstrated how forward-located aircraft and crews, such as those in the B-52 units, enable collective defence deterrence capabilities.

Although there are only sporadic USAF Bomber Task Force (BTF) flying exercises over the Ukraine, this was not an isolated one. In 2021, a new concept of partnership between the US and the Ukraine will be established. In 2016, the US and Ukraine agreed to a 5-year concept of partnership that focused on developing a robust and capable Ukranian military and reforming the Ukrainian defense sector to be in line with NATO standards and principles. Since 2014, the US has provided more than USD1.6 billion in security assistance to help Ukraine defend its territorial integrity, deter further Russian aggression, and progress toward NATO interoperability. This latest mission contributes to that.

More than 200 related missions have been conducted since the USAF launched BTF operations in and over the European theatre two years ago. 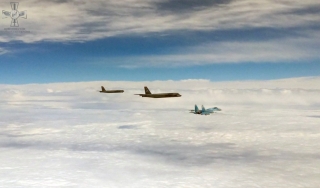 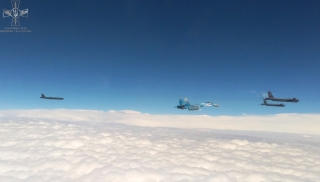 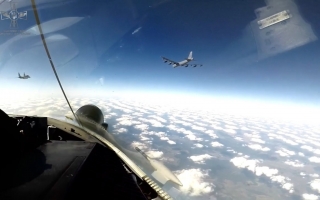