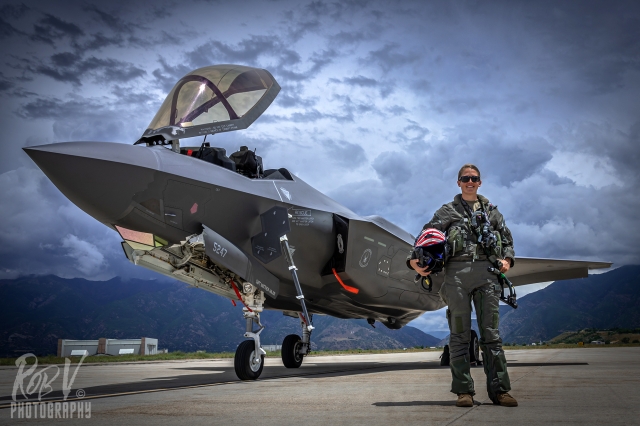 For many aviation enthousiasts and air show fans 2020 was a wasted year. Air show after air show was cancelled and most of us were quietly (or not so quietly) going crazy within the four walls of our homes. But how was last year for the air show performers? How did they cope with the ups and downs of the 2020 air show season?

In early 2019, the US Air Force officially announced the creation of an F-35A Demonstration Team. At that time the team was part of the 56th Fighter Wing and based at Luke AFB (AZ). At the end of that first season the USAF announced that the Team would relocate to Hill AFB (UT) and be reassigned to the 388th Fighter Wing. This also meant the team would get a new Demo Pilot. On 29 February 2020, the USAF announced Capt. Kristin ‘BEO’ Wolfe as the new Commander and Demo Pilot of the F-35A Demonstration Team. 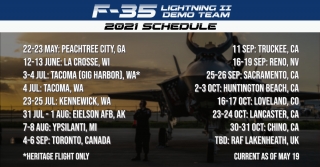 Major Wolfe is no stranger to Air Force life. Her father was an F-4 Phantom WSO and later became an F-15 pilot. She spent all of her childhood on air bases worldwide. However, it took until her college years to develop an interest in flying. She joined the USAF and was given a much-coveted pilot training slot. After graduating pilot training she started her career flying the F-22A Raptor at the 94th Fighter Squadron Hat in the Ring at Langley AFB (VA) for three years before eventually transitioning to the F-35A.

When Major Wolfe took charge of the Demonstration Team she was looking forward to a busy first season of performing at air shows all over North America. Unfortunately, that didn’t quite work out that way and the air show season came to a close before it really started. Major Wolfe says: “we had a lot of family time and also did a lot of practicing, we practiced at least once a week but we did travel to fourteen air shows last year that were mostly crammed in to the second half of the season so that got the team out of the Covid rut.” Maj. Wolfe also mentioned that when she is not busy with F-35A Demo tasks, she integrates back in to the 421st Fighter Squadron Black Widows and acts as an instructor and flies regular combat training missions. 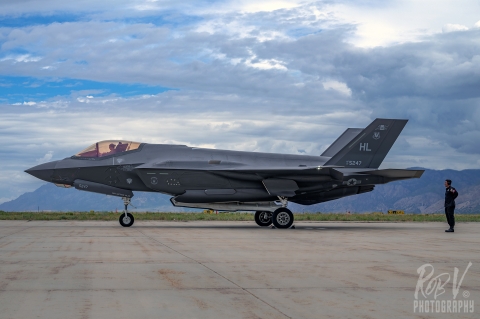 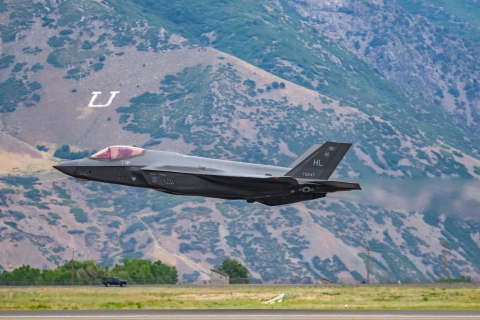 Luckily the outlook for the 2021 air show season is looking much better. Even though a number of air shows have already been cancelled the team is still scheduled to fly at least fourteen demonstrations and Major Wolfe is looking forward to hit the road and interacting with crowds again. She says: “we did a lot of drive-in style show last year and still seeing some of that this year but the crowd interaction is what fuels the team so we are excited to hit the road and talk to people again."

During the visit to Hill AFB (UT), Scramble Magazine was treated to a performance of the F-35A demo routine. The routine for the 2021 season is the same as last year. Major Wolfe explains: “since we aren’t travelling to the same air shows again this year we wanna show the people the same cool demonstration.” 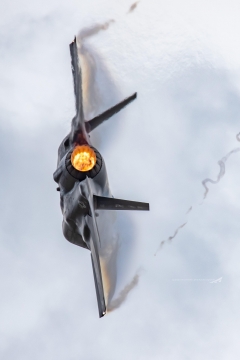 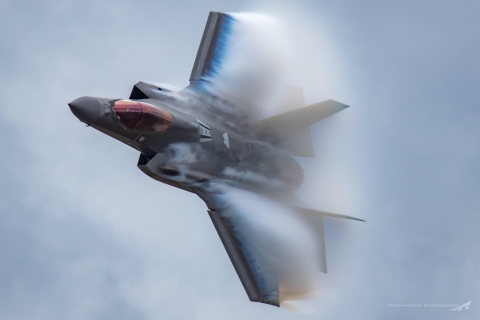 The team also hopes to make its first European appearance later this year. No details are known yet but keep an eye on our socials as we will report more news as soon as details about a possible trip to Europe become available.