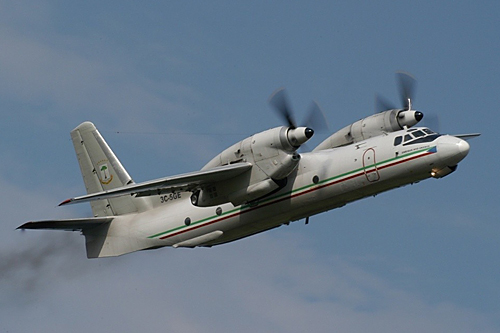 Seen departing Malabo is this An-32. This aircraft was used by the Presidential Fleet and carries a big Equatorial Guinean flag on the tail. It was first noted in 1994 but was lost in a tragic accident in April 2008. 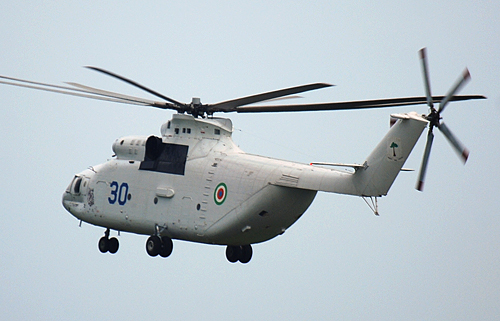 In 2011, this Mi-26 was added to the helicopter fleet of Equatorial Guinea. It carries both the crest as the Air Force logo.