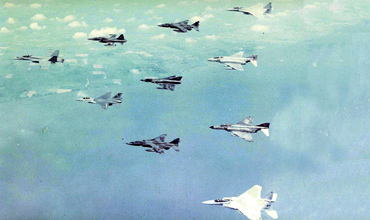 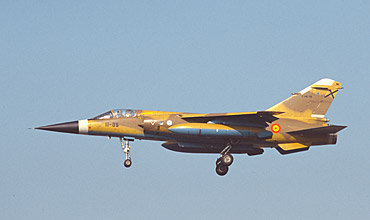 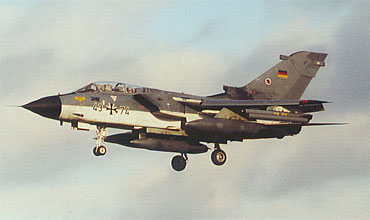 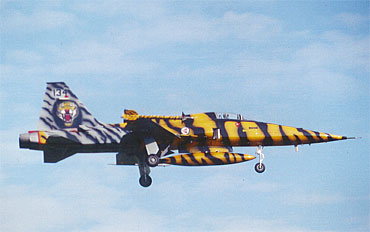 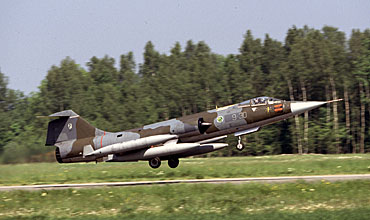 The Allied Air Forces Central Europe (AAFCE) Tactical Leadership Programme (TLP) was born out of a desire by the Central Region Air Forces to not only improve their tactical capabilities but also to develop tactics, techniques and procedures which would enhance multi-national tactical air operations. With this aim in mind, in January 1978, the signatory nations, namely Belgium, Canada, Germany, Great Britain, the Netherlands and the USA formed the AAFCE TLP at the German Air Force base Fürstenfeldbruck. Early TLP courses took the form of a two week seminar where aircrew from the signatory nations briefed, discussed and formulated NATO tactics, techniques and procedures.

In September 1979 the TLP moved to Jever AB in Northern Germany where a flying phase was added to the course, extending it to four weeks. The TLP remained at Jever until December 1988 by which time 71 flying courses had been completed and nearly 2000 NATO aircrew had graduated. In 1988, the West German government requested the TLP to leave the country because of three reasons: 1. the increase of the number of slots and sorties flown by the TLP participants leading to a growth of jet noise at Jever and within the low-level-flying areas, 2. the intensive low-level flying over Germany due to the presence of allied airforces based in West Germany, 3. the planned introduction of the Tornado ECR at Jever. The real reason for the request might have been strong political pressure imposed on the West German Government by public opinion and the media after the fatal air-accident during an Airshow at Ramstein airbase in August 1988.

On the good side, the TLP soon found a new home at Florennes airbase in Belgium. This aerodrome of the Belgian Air Force had just witnessed the departure of the USAF 485th Tactical Missile Wing and its cruise missiles which left ample spaces and infrastructures available. Additionally, Florennes central location in Europe allowed missions to be easily conducted over Belgium, Germany, the Netherlands, the United Kingdom and France. In that way, these countries could share the low-flying burden. The first TLP flying course was held at Florennes in January 1990.

The move to Florennes also coincided with the TLP expanding its capabilities by foundation and addition of two further separate compartments: the Concepts & Doctrine Branch and the Academic Branch. The purpose of these two units can be described as developing and teaching the theoretical background for tactical air operations, while the Flying Branch is responsible for transposing the theoretical knowledge into practical skills of NATO's tactical aircrew.

A further change comprised a French Liaison Officer joining the TLP staff, and France now participates in most flying courses. On the other side, Canada withdrew from the Programme in 1997 following the disbandment of its air forces in Germany, althoughh it kept a liaison officer.

While originally a pure "Central Region" organisation, the TLP has now expanded to include a number of nations from outside this Region. Denmark and Italy officially became Memorandum of Understanding (MOU) Signatory Nations in January 1996, and Spain joined the Programme in 2002. In January 2002 TLP became a "Unit in Support of SHAPE" and SHAPE became a Party of the MoU. TLP therefore is now called "Allied Command Europe Tactical Leadership Programme", or ACE TLP. It was 2006 when the Czech Republic participated in the TLP as the first 'new' member, opening up the exercise to the other Eastern European countries. Poland was the next to follow in 2009.

Since 2003, the TLP was looking for a new basis with improved weather conditions and with less flight restrictions. Belgium demanded his transfer from the then present Florennes Air Force Base to another country due to problems of air traffic congestion while the TLP demanded this transfer due to unstable weather conditions. In 2007 TLP announced its new location to be Albacete-Los Llanos, Spain. For its part, the Spanish Council of Ministers approved on 26 October 2006 the technical agreement on the relocation plans and the general rules governing the establishment of the Tactical Leadership Program of the Allied Command Operations in Spain. They proposed Alabacete-Los Llanos AFB to host the program from 2009, based on their conditions of lower air traffic congestion, the greater range of facilities and the betert weather conditions. Along with the Spanish candidacy, other candidates were proposed in Canada and Turkey. The study group recommended accepting the Spanish offer, which was ratified by the other member nations of the Program. Also part of the agreement were plans, next to the TLP, to create an annual exercise with a simulated air conflict (ACE-Flag), which requires an even greater air capacity. For housing the TLP, an investment of around 20.7 million euros was needed of which 15.5 millions will be destined to infrastructures while more than 5 million euros will be destined to equipment. All this expenses will be paid proportionally by all the nations participating in this program.

In june 2009 ACO TLP moved to Albacete Air Base in Spain to continue its operations under the Spanish sun. At that moment Canada withdrew his liaison officer and Greece and France became full MOU members.

The TLP staff are justly proud of the programme's reputation for not only providing excellent training but also for fostering friendships and engendering an important spirit of Cupertino between nations. There is no doubt that a generation of airmen have greatly benefited from lessons learned while taking part in the programme and it is hoped that this important tradition will continue for many years.