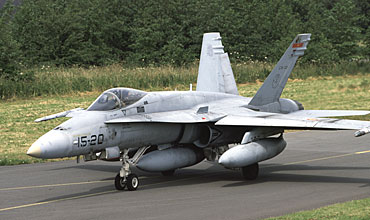 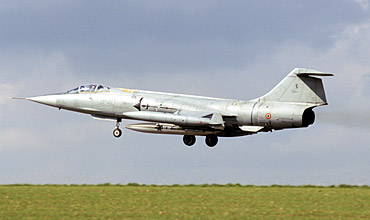 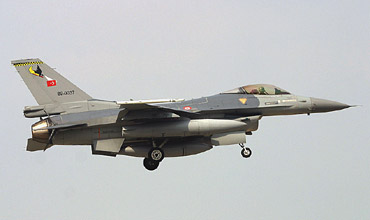 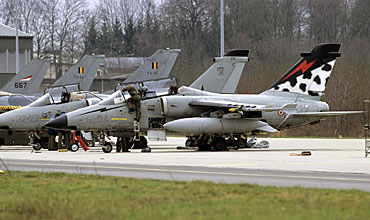 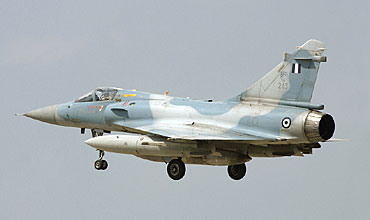 The Allied Command Europe Tactical Leadership Programme (ACE TLP) is an organisation formed under a Memorandum of Understanding (MoU) between eight NATO nations and is based at Albacete-Los Llanos Air Base in Spain. The ten MoU nations are: Belgium, Denmark, Germany, Great Britain, Italy, the Netherlands, Spain, France, Greece and the USA. The objective of the TLP is to increase the effectiveness of allied tactical air forces through the development of leadership skills, tactical flying capabilities, mission planning and tasking capabilities, and conceptual and doctrinal initiatives.

The TLP is commanded by a Colonel drawn in rotation from the MoU nations while its three operational divisions - the Concepts & Doctrine Branch, the Academic Branch and the Flying Branch - are each headed by a Lieutenant Colonel or Wing Commander and staffed by experienced personnel from the member nations.

The most theoretical operating division of the TLP is the Concepts & Doctrine Branch. It examines the various concepts and doctrines developed by MoU nations for the use of their tactical air forces. Conferences provide participants with the opportunity to discuss the various methods of operations and these often result in many renewed tactics and procedures. The conclusions and recommendations (including the lessons learned during international conflicts) are then included in manuals for NATO tactical aircrew.

The TLP Academic Branch also operates only on a theoretical level, but has a more practical orientation. Its task is to provide NATO tactical aircrew with increased job skills and foster a common understanding of all facets of allied tactical air operations. The Academics Branch consists of two shops: Academic and Intelligence. The Academic Shop conducts a series of stand-alone study courses which are designed to promote an awareness of combined air operations amongst MoU nations aircrew and other tactical supporting agencies of the Central Region.

These courses centre around threat doctrine and tactics, weapons and weapons effects, aircraft performance, SAM/AAA capabilities, battle staff management, offensive/defensive air operations and composite air operations (COMAO). Some of these courses are ideal, though not essential, pre-employment training for the Flying Courses.

As a common thread for all these courses, participants contribute by briefing each other on their own weapon systems, aircraft capabilities and national tactics. Later, during discussion periods and desk top exercises, these tactics are analysed and compared with the tactics and counter tactics that TLP has judged to work best in combined operations.

Through these courses, the expertise of the TLP can be made available to many more participants than by the flying courses. In any one year, approximately 500 representatives of the tactical airforces of NATO will attend Academic Branch courses at Albacete-Los Llanos.

The Intelligence Shop provides essential intelligence support to the other branches in the form of briefings and presentations as well as running specific intelligence courses for unit intelligence officers.

The TLP's most practical orientated division is the Flying Branch. A large part of its activities is also visible for outsiders and - not entirely correctly - regarded as "the TLP" itself by most aircraft enthusiasts.

The objectives of the Flying Branch are:
- conducting flying courses designed to improve the tactical leadership skills and flying capability of squadron level section leaders
- improving the tactical interoperability of NATO Air Forces through exposure to other Air Forces tactics and capabilities
- providing a flying laboratory for tactical employment concepts

Some 14 officers, from seven nations make up the two sections of the Flying Branch; Air-to-Ground and Air Defence. All staff officers have recently completed front line flying tours and all regularly return to their home units, outside of the flying courses, to maintain flying currency.

The majority have also participated in the TLP flying course at some stage of their flying careers and many have operational experience in the Middle East and Balkans theatres. The staff are responsible for co-ordinating the mission scenarios, briefing and debriefing the participants, assessing the results and bringing out the lessons learned from each of the missions.

The activities connected with the flying courses are described in a separate chapter, due to the complexity of their structure, and because they are of highest interest for us aircraft enthusiasts.