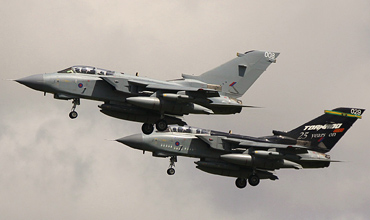 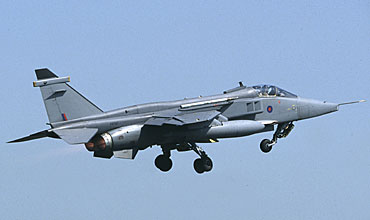 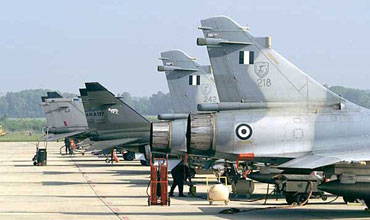 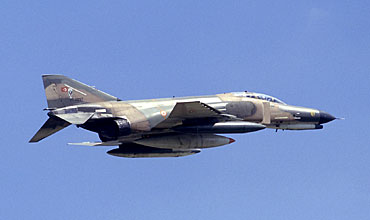 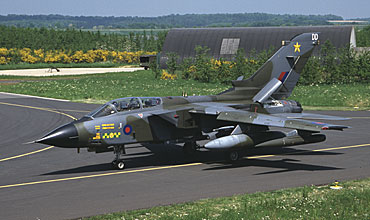 Each unit selected for a TLP flying course normally sends two or - sometimes - four aircrew with either two or four operational aircraft (plus in some cases an additional spare aircraft) and an engineering detachment of up to 30 persons. While participating aircrew are fully engaged in two pure academic days on the Monday and Tuesday of the first week, their aircraft have to available on the third day of the flying course (Wednesday) for the first TLP mission. All aircraft should arrive at Albacete no later than 1430LT on Tuesday, and should be ready to fly the first mission no later than 1000LT on Wednesday.

Consequently, participating units can deliver aircraft to Albacete-Los Llanos for the flying course in two different ways: Either the participating aircrew use their "own" aircraft for travelling to Albacete-Los Llanos the Friday before the first week of the flying course (this way is common procedure for the Italian and Turkish Air Forces, but also sometimes exercised by RAF and USAF units). Or the aircraft are delivered to Albacete-Los Llanos by further aircrew of the respective unit on the Monday (preferred by the Greek Air Force) or - even more likely - on the Tuesday (preferred by all other represented Air Forces) before the first mission.

While the "delivery" aircrew normally immediately return home by road or a supporting transport aircraft, sometimes additional aircraft appear at Albacete-Los Llanos as "crew-ferry". For example, in some (very rare) cases units of the French Air Force have used their Alpha Jets while Danish and USAF F-16 units have been noted using dual-seat versions of these types for pilot-transport.

For conducting TLP missions, aircraft need their maintenance personnel, ground equipment and a stock of spare parts. Most units make use of transport aircraft for this purpose. Normally these aircraft arrive on the Monday or Tuesday of week 1 and depart back home the same day until returning on the Thursday or Friday of week 4. Italian G.222s and C-130s, Spanish CN.235/295s and C-130s, Greek C-130s or Turkish C-160s and C-130s are some examples of what might be seen on such days. French flying units also sometimes use a TBM.700 or CN.235 for light transport tasks.

In case any large spare parts (e.g. jet-engines) are needed for repairing an unserviceable aircraft, every detached unit might rely on a transport aircraft of its air force anytime. Therefore, appearance at Albacete-Los Llanos of any participating nation's transport aircraft is possible at any working day during TLP flying courses.

Participating units quite often feel the need for changing their aircraft during the flying course, for reasons of better maintenance or because of operational commitments. Additionally, units detached to the TLP flying courses sometimes receive visits by their respective squadron or wing commander, which has the effect of additional visiting aircraft appearing from time to time during flying courses. Further visits of fighter aircraft might be connected with delivery of smaller spare parts or weapons equipment (e.g. targeting or recce pods).

On the other side, regarding the departures, the aircraft normally are flown back to their home bases by participating aircrew after completion of the flying course on the Friday of the last (fourth) week.

Other reasons for earlier departures are unexpected operational commitments (e.g. RAF Tornados leaving Florennes on the Sunday before week 4 of TLP 1999-2 because of the imminent Kosovo War), national holidays (e.g. Lakenheath F-15s leaving already on the Thursday on completion of TLP 2003-4 because of Independence Day) or cancellation of the last flying mission (e.g. JG72 F-4Fs departing back to Hopsten on the Thursday afternoon after TLP 1998-1).

Especially crew of fighter (air-defence) aircraft, who are less engaged in briefings than aircrew in the air-to-ground-role, sometimes take the chance for an earlier departure. However, especially aircraft of South European Air Forces normally stay until the Friday due to logistical reasons. The Greek and the Turkish Air Forces even seem to fly in special delivery aircrew on the Thursday by supporting transport aircraft. In this way, they relieve the participating aircrew of the task to ferry their "own" tactical fighter aircraft back to their home-bases.

Although all local movements normally take place only on Spanish working days (Monday to Friday) from 0730LT – 1430LT, TLP mission are flown after these times. A regular daily mission is between 1430LT and 1730LT, while nightflying mission are flown between 1715LT and 2145LT. Flight times are announced by NOTAM. Remember, Albacete-Los Llanos has no weekend nor night restictions.