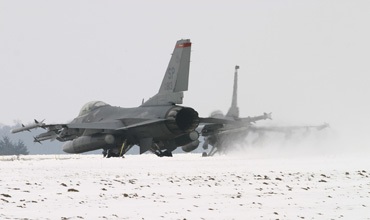 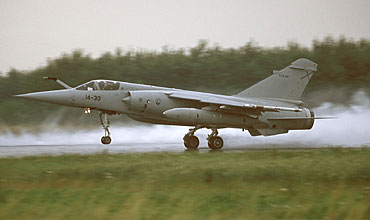 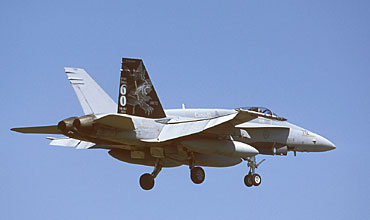 Although the TLP flying courses include - as the name states - some flying operations, the courses are to a high degree orientated on transferring knowledge and improving planning skills. For this purpose, a lot of academic lessons have to be learned by course participants, while briefing and debriefing of TLP missions is regarded by the TLP staff as a very important method of transferring theoretical knowledge into practical operations and vice versa. Therefore, "only" fifteen flying days are scheduled during each flying course, and only one mission is scheduled per flying day. So, TLP flying activity is somewhat limited, compared to other large-scale-exercise like "Frisian Flag", "NATO Air Meet" or even "Red Flag" (to be fair: these exercises have different aims than TLP flying courses).

During each TLP flying course, no missions are conducted on the Monday and Tuesday of week 1 - these are so-called "academic days" (days with pure theoretical lessons without flying). Also, no TLP flying takes place on Spanish holidays and during weekends. A further "academic day" is normally planned for the Wednesday of week three between two long-range missions often scheduled for the Tuesday and Thursday of week 3. The last "academic day" (briefing for the large CSAR mission) normally takes place on the Monday of week 4 or - sometimes - on the Friday of week 3, followed by the CSAR mission at the next working day.

However, this schedule is pure theory, as even the Spanish weather and some other unforeseeable circumstances can easily lead to cancellation of TLP missions at any time (even when aircraft are already taxiing or airborne) and to re-shuffling or cancellation of academic days. Unavailability of tankers and/or AWACS can influence the discission to cancel a mission, even when airborne. For example, a cancelled mission was evidenced during TLP 2003-4 because the NATO E-3 scheduled to control the mission was unserviceable, while technical problems of ATC at Florennes and/or BELGAR radar also prevented TLP missions taking place on some days. Peace-time regulations also allow for certain missions (e.g. low flying or formation flying) only to take place within certain weather parameters.

Thus, during TLP flying days, acceptable weather is needed not only at a certain time of the day, but also both enroute and at the target area. The weather and runway conditions must allow for departures and recoveries without too much delay or spacing between all the individual TLP sorties making up for the whole mission. Technical failures can lead to cancellation of missions, too.

Although it is not officially known how many missions have to be successfully accomplished by participating aircrew during flying courses for receiving "TLP qualification", rumours suggest that this number might be only 10 or even lower. Therefore, the "pressure" imposed on TLP staff and participating aircrew for realising missions against all odds is not too high. The lowest number of missions accomplished so far during one flying course was only six!

In any case, from the perspective of aircraft enthusiasts travelling to Albacete-Los Llanos from far in order to experience departures and recoveries of a TLP mission, their endeavour always remains somewhat risky - compared to many other aviation related events. On the other hand, for many enthusiasts watching, photographing and/or filming up to 30 aircraft taxiing and departing or landing within half an hour, more than compensates the risk.